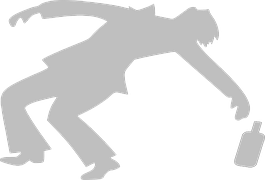 Eduardo Porter, in a recent piece entitled “How Renewable Energy is Blowing Climate Change Efforts Off Course,” demonstrates that one can bend so far backwards to support nuclear energy that one ends up with their head in the entirely wrong place.

To be sure, electric grids in which a significant fraction of energy comes from renewable sources will require operational management changes. For the vast majority of electricity systems in the world, the current level of renewable energy market penetration is so low that leading countries and states will surely have addressed integration issues before they ever become a real problem.

Mr. Porter’s real agenda is revealed when he observes that nuclear and coal power are having a hard time competing on economic terms in today’s competitive energy markets. Renewable energy generation is contributing to revealing the uneconomic nature of plants that devour huge amounts of coal, and for coal and nuclear plants that devour huge amounts of capital investment.

The major threat to nuclear and coal profitability is economic forces primarily related to competition from natural gas and nuclear power’s inability to compete in energy markets without huge subsidies from taxpayers and captive electric monopoly customers.

Mr. Porter further argues that grid operations and generation choices should be built around the rigid operational requirements of nuclear and coal plants. Unable to respond effectively to dynamic market and demand conditions, these plants lumber around the energy marketplace like the poorly-adaptive dinosaurs that they are. Mr. Porter would hobble the new nimble, lean mammals on the energy scene to preserve central station power plant hegemony.

Animating markets for clean distributed energy resources, including a lot of renewable energy generation, is the real objective of the New York Reforming the Energy Vision process, and the imperative for grid managers and policy makers everywhere.

New nuclear generation is even less economic than old; only socialist economies are building nuclear plants today. It may be that temporary support mechanisms to keep zero-emissions nuclear power plants running are a good idea while the utility industry is transformed away from the old dumb, one-way electron factories that Mr. Porter wants to preserve.

Backsliding on carbon emissions reductions cannot be allowed. Nothing should be taken from the resources needed to develop a truly clean energy future just to keep decrepit nuclear plants running. Striking the right balance on these critical goals is a challenge of energy policy today; still all roads must point to a renewable energy future.

Markets have served notice that things have to change and that nuclear power fails to compete; the planet is telling us to decarbonize. Renewable energy supported by efficient use of energy is the only future we can truly afford.