More
Home Storage DER Editor’s Letter: States Are Leading the Way (Again) on the Utility of... 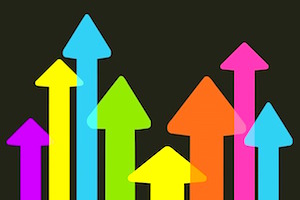 Remember when U.S. states started voting renewable portfolio standards (RPS) into law? Iowa had the first and it was passed in 1983 requiring investor-owned utilities to build or procure 105 MW of alternative energy generating capacity. (Funny how small that amount is — 105 MWs would not even qualify as a “large” wind farm today).

Other states followed Iowa, creating statutes with renewable energy targets all the way through the 2000s, at which time states then began to modify their goals. Today, states are still upping the ante. California, New York and Hawaii boast the most aggressive RPS’s having modified their original goals multiple times.

These early RPS’s were indications that states were serious about forcing utilities to incorporate renewable energy into their energy portfolios.

In April, we witnessed two historic laws that once again showcase state leadership on clean energy. Hawaiian legislators passed the Ratepayer Protection Act, which directs utilities and the PUC to come up with mechanisms to reward utility performance such as affordability, reliability, customer engagement, integration of renewable energy and timely execution of competitive procurement. Utilities in Hawaii will no longer be able to “rate-base” capital expenditures but will instead be rewarded for meeting these new metrics. How? No one is sure yet. As State Senator Stanley Chang told me, “this is uncharted territory.”

On the other side of the country, the District of Columbia proposed the Distributed Energy Resources Authority Act, a law that would establish an independent body that ensures DC utilities look at non-wires alternatives whenever they propose to spend more than $25M on construction to expand capacity or enhance reliability. The independent body would determine if any of the capacity or reliability requirements could be met with energy efficiency, demand response or distributed energy resources like solar and storage.

These two laws (DC’s has not passed yet) represent very big changes for our utility system and are baby steps toward the utility of the future. Hawaii’s Senator Chang told me in an interview that he thinks these movements are the wave of the future and I agree. “I think we will see a lot more of this around this country and around the world,” he said.