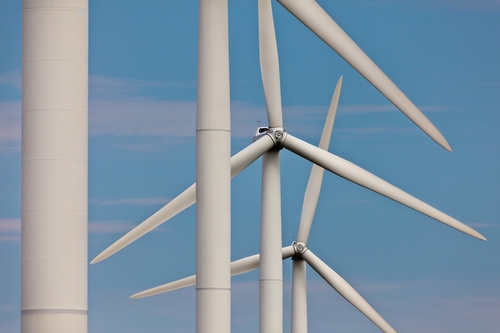 After the 27-nation bloc took two decades to reach 10 gigawatts, it’s taken just 13 years to add a further 90 gigawatts, the EWEA said today in an e-mailed statement. New projects from Denmark to Greece by developers including Dong Energy A/S and EDF Energies Nouvelles contributed to the total.

The EU, which has a target to cut carbon-dioxide emissions by 20 percent from 1990 levels by 2020, is expanding clean-energy projects from wind to solar to replace aging coal plants and reduce reliance on fossil-fuel imports. Growth has been subsidized by government incentives including above-market rates paid to generators of renewable power.

“It would require burning 72 million tons of coal annually in coal-fired power plants to match Europe’s annual wind-energy production,” EWEA Chief Executive Officer Christian Kjaer said in the statement. “Loading that amount of coal on trains would require 750,000 wagons with a combined length of 11,500 kilometers (7,150 miles) — the distance from Brussels to Buenos Aires.”

Offshore wind capacity in the U.K., the world’s largest market for marine wind farms, exceeded 2.5 gigawatts this month for the first time, RenewableUK said in a separate statement. The opening today of the 317-megawatt Sheringham Shoal project off eastern England means Britain now has 2.67 gigawatts of wind turbines installed at sea, enough to provide electricity for 1.8 million homes, the lobby group said.

Wind turbines generated about 4.5 percent of the U.K.’s power supply in the second quarter, the government said today. In the EU, about 5 percent of electricity came from wind last year, while more than half was from conventional fossil fuels, 28 percent from nuclear energy and 13 percent from hydropower, Eurostat statistics show.