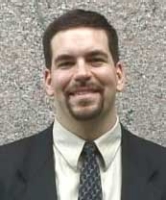 As an engineer who designs efficient vehicles, I’m frequently asked why we can’t just recycle cooking oil and put it in our gas tanks. Wouldn’t that help reduce our dependence on foreign oil and save us money?