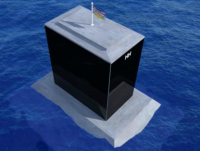 New Hampshire, USA — Every day we applaud and encourage all types of renewable energy development and deployment, in whatever forms make the most sense for their application: distributed solar PV, offshore wind, biomass conversions, hydropower (and hydro storage), geothermal. But what about those at the edge of our universe, the ones really pushing renewable energy to its limits?

During this holiday season as we reflect on the accomplishments of the past year and prepare to look ahead into 2014, we also take time to salute those who peer even further into the distance, envisioning where renewable energy can go — and it’s to some really interesting and far-out places. Some of them may be a little hard to bring to fruition, but all of them get us thinking about what’s possible, and that’s where the best ideas start.

Since solar energy comes from the sun, why not cut out part of the middleman? Japanese engineering and construction firm Shimizu envisions the “Luna Ring,” a 11,000-km belt of solar panels encircling the moon’s equator, in a width from just “a few kilometers to 400 km.” Power harvested from the sun would be transmitted via to enormous (20-km diameter) wireless antennas, and shot out to earth via 20-GHz microwaves, with radio beacons ensuring accurate transmission. Alongside, high-density lasers would be beamed to offshore facilities on Earth to be concentrated by a Fresnel lens and mirrors to generate solar PV power; the lasers’ thermal energy would be harvested as well. Receivers and massive cabling on Earth would convert all of that into electric power, to be supplied to grids and for conversion of hydrogen. The moon itself would be tapped to produce resources to make the solar cells and panels and construction materials. Robots would perform most of the tasks, and the equipment would be assembled in space and lowered to the surface for installation.

The Luna Ring reportedly would supply up to 13,000 terawatts of power, or what Shimizu says would match the world’s energy demand by 2030. Exploration would begin within the next few years, followed by a pilot demo both on Earth and the moon in the next decade, and construction beginning in 2035.

If lunar solar installs seem a bit too risky, how about orbiting solar projects? One company has NASA backing to use robots for building structures in orbit… using the most popular concept running, “additive manufacturing” — essentially melting a metal (or plastics, in less fancy versions) in precise patterns to build up a tough finished product. The Trusselator and the “SpiderFab” would enable fabrication of carbon fiber truss structures, including solar arrays and other structures like antennae and transmitters with “kilometer-scale apertures,” to help enable lower-cost space exploration and development. 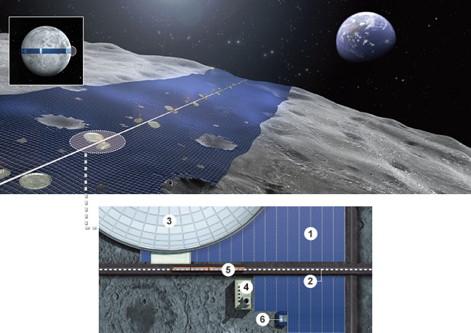 Is There a Draft?

One of the more unusual ideas we’ve noticed in the past year is a proposal to build a downdraft chimney: sun-heated air at the top of a massive tower is cooled with a mist of water, channeled and accelerated down through the structure and out via numerous turbines at the bottom. The company, Solar Wind Energy Tower (SWET), has been approved by the City of San Luis, Arizona (just this side of the border with Mexico) for development rights to develop two of its downdraft towers, and recently signed a “letter of intent to enter into a definitive agreement” to purchase a 3,200-acre site in Mexico with “ideal attributes” for two more towers. They’ve also begun looking at a site in Chile’s Atacama Desert, and claim interest from groups in India, South Africa, and Brazil.

The concrete tower itself would be 2,250 feet high, making it easily the planet’s second-tallest structure ever built (Dubai’s Burj Khalifa is tops at 2722 feet) — and that’s a significant downscale from initial designs of 3,000 feet. The base alone would be 1,500 feet at the base. Proposed yield would be 600 MWh, but a chunk of that would be used to operate the tower so the actual yield available to the grid would average around 435 MWh hourly. Proposed costs for such a tower is $1 billion, plus another $100 million to pipe in water from Mexico, plus some unspecified amount to build a desalination plant. Earlier this month the company clarified that it isn’t proposing to build these massive structures itself; it just wants to license the technology to evaluate sites, and take development fees and royalties based on the tower’s output.

There are significant questions about all this, from the challenges scaling up such a project (reportedly straight from a 4-foot model to full king-size) to the physics and costs involved with obtaining and pumping the water at these identified desert sites, though allegedly there would be systems in place to reuse most of what’s used. A far smaller structure based on similar principles was built in Spain in the 1980s, worked for a few years at 50 kW max output, and then blew over; a 200-kW structure is currently in operation in China. Neither of them, nor a few other planned proposals, are remotely close to the scale that SWET is proposing. Moreover, other companies are pursuing solar updraft towers in Arizona at smaller scales.

Here is SWET’s CEO recently describing the technology & business model, and how they arrive at projections of $18 million annually in royalty fees from each tower, how the company will be “cash-flow positive on the first project” — and why the stock is currently trading at under a penny.

Giant concrete towers not so feasible? How about swapping all that concrete for some hot air? The man behind Richard Branson’s continent-soaring balloon travails wants to alter the design from a massive permanent fixed updraft tower to an inflatable fabric-based tower. The proposed structure would be a 130-MW power station as much as 1-km high (3,280 feet), with roughly 25 percent capacity factor producing 281 GWh/year of electricity — but at a comparative bargain investment of about $20 million. 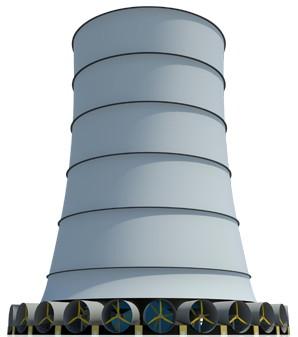 Amazon got a lot of buzz a few weeks ago for unveiling its dreams of a drone-powered package delivery service. But just fulfilling warehouse orders for Mr. & Mrs. John Q InternetSurfer might be ok for some drones, why not give them a higher purpose? A U.K. company wants to send them forth into the skies to harvest energy for us back down here on terraria. New Wave Energy says its 65 x 65 ft drones, supersized versions of the delightful copters found in Brookstone et al., would be rigged out with wind turbines and solar panels, sent up to heights of 50,000 feet to generate up to 50-kW of energy to be wirelessly beamed back to Earth. Thus, 8,000 of these buggers aloft in a group would be a 400 MW power plant. Alternatively, smaller-scale groupings would be perfect for deployments such as disaster relief. They suggest it’ll cost £32 million and five years of development to reach commercial viability, which they compare favorably against a new Boeing 747. First things first, though: they plan to seek roughly $500,000 through Kickstarter crowdfunding. 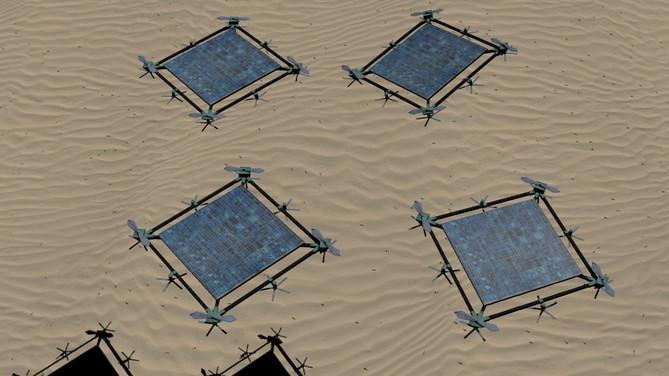 OK, a man-made island for pumped hydro is pretty ambitious. So how about a pumped hydro storage system that floats?

Canadian firm Humpback Hydro is designing a platform with holding tanks that sits just “meters offshore” near the demand centers that need them most. (Cue the same argument for offshore wind, which presumably would fit nicely with this concept.) Water is pumped from the surrounding ocean or lake into the tanks, run through turbines, and then sent back into the source. It’s said to be scalable from 1MW up to and even exceeding 1 GW. The company is working with the National Research Council of Canada to develop a scale-model pilot project and then one out in the field.

In case that quick elevator pitch didn’t swing you, try this: they also propose to put wind turbines and solar panels on these structures for additional benefit (including powering the pumps themselves). They could also be used for desalination. And if built big enough, they’d even be able to support housing and commercial developments. 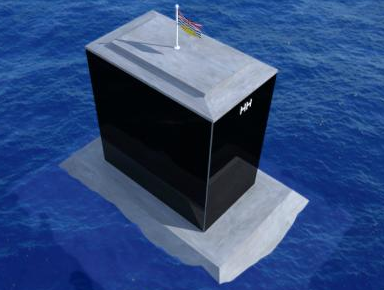 Blimps: The Civilized way to Transport

This one we first heard about at last spring’s AWEA conference in Chicago. Aeros has been designing airships for transporting heavy cargo “from point-of-origin to point-of-need,” cutting out all the middleman transportation infrastructure, time, and costs. Its Aeroscraft dramatically changes the game of large-scale logistics, and trust us: it looks extremely cool: cruising along at 100-120 knots at up to 12,000 ft altitudes, with 3,100 nautical mile range.

Their lowest-hanging fruit is in military and disaster recovery applications, and they just signed a deal with a European cargo firm. But they’ve also expressed a desire to work in renewable energy — for example, lifting and hauling the entire wind turbine structure and components directly from the factory to a project site, even those that aren’t prepared or are uneven. (Think of the highway bottlenecks that would avoid.) A key feature of the Aeros is that it can offload cargo without reballasting to stay grounded.

The company says it’s still a few years away from having a 66-ton airship ready to haul wind turbine blades, but they’ve already projected that they can slash equipment transportation costs by two-thirds. 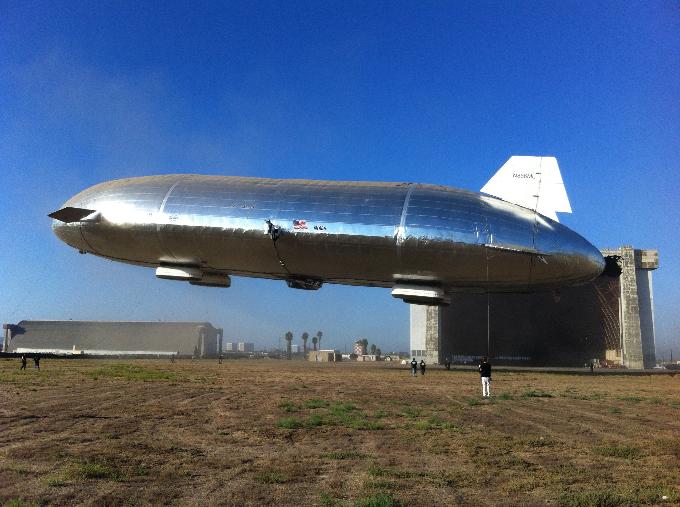 Solar in the Desert

We’ve all seen the modeling: a stamp-sized solar array in the Sahara could theoretically generate enough power for the entire planet, notwithstanding challenges in construction or interconnection or financing. The Desertec Initiative (DII) was created for the slightly less grand purpose of just getting enough juice from that desert to power supply some of Europe’s power needs.

This summer the initiative ran into some controversy, though, as the Desertec Foundation decided to part ways with DII citing “many irresolvable disputes between the two entities in the area of future strategies, obligations and their communication and last but not least the managerial style of Dii’s top management.” The group further cited a desire to distance itself from what it called a “maelstrom of negative publicity” surrounding those conflicts, which it said “led to resentment among the partners of the DESERTEC Foundation.” Nonetheless DII is committed to staying the path, pointing to a new arm in France and a European Commission working document urging cooperation in renewable energy, as well as support from economic development interests in the MENA region, and a new partner: China’s State Grid Corp. And earlier this month the EC offered to back half of the costs of a feasibility study on a desert energy project between Italy and North African nations.