More
Home Blogs Does Solar Need to Subsidize the Grid?

Renewable energy has a tough enough time in Washington. The need for government subsidies in big projects hampers the industry’s growth.

But are those subsidies really going to the renewable industry? Are they going, instead, to electric utilities?

Whether you’re running wires hundreds of miles or merely transporting diesel fuel to a generation site, the big money in electric power goes to logistics, not production. Prueher says that the cost of diesel supply lines can raise the price of electricity for the U.S. military to up to $2 per kilowatt hour. Renewables can do it cheaper.

By using the Journal’s own free market rhetoric, Prueher then argues against any further subsidies to our electrical grid, smart or otherwise. Here is the key to his argument:

In the renewable energy industry, subsidies typically involve federal and state governments imposing a small tax or an electricity rate hike on each one of us. The government then awards the proceeds to a few winners that, in the best case, have demonstrated the technical and business potential to grow into competitive companies. In the worst case, they’ve demonstrated little more than superior lobbying capability.

In all cases, subsidies deny the market its proper role of directing capital. It’s important to note that the traditional energy industry also receives billions of dollars in government subsidies each year; perhaps it’s more effectively hidden from public scrutiny. 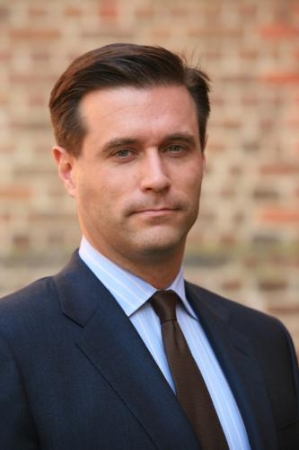 Prueher faces this prejudice every day within his niche of military power contracting. Earl competes for military contracts with solar, wind, and advanced energy storage systems.  He’s trying to convince generals that relying on wires to transfer power hundreds of miles, or using fossil fuels that must be transported to generate electricity, is both expensive and inefficient.

Most renewable subsidies aren’t going to the makers of renewable energy. They’re going to electric utilities that transmit the power hundreds of miles from giant wind farms and solar power stations to cities.

But wires aren’t really very good conductors. They have resistance. The longer the wire, the greater the power loss. Engineers minimize this loss by using high voltages but the loss is still substantial.

Superconductors and wireless systems may reduce this loss, but the loss will always be there. Question is, who should pay for research into these new transmission technologies – government or the market? We know utilities will reap the benefit of their own efficiency. Shouldn’t they have to pay to make it happen?

Prueher wants smaller power systems located closer to demand. And if it can work for our troops, doesn’t it make sense for our families?