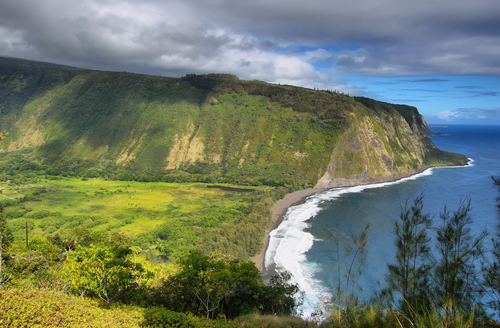 The U.S. Department of Energy (DOE) on Sept. 10 released a final programmatic environmental impact statement (PEIS) for Hawaii to provide federal, state and county governments as well as the public and developers with a reference document for project-specific environmental reviews.

DOE said it developed the PEIS as a guidance document to be used in making decisions that support Hawaii’s goal of meeting 70 percent of the state’s energy needs by 2030 through energy efficiency and renewable energy. The PEIS is based on DOE-defined representative projects that allow for the evaluation of the typical affects associated with respective technologies.

With about 85 percent of its energy derived from imported petroleum and petroleum products, Hawaii is the most oil-dependent state in the U.S., according to the PEIS. Roughly equal amounts of petroleum are used for electricity generation, ground transportation and commercial aviation — about 28 percent each — with the rest used for marine transport, military and other uses.

The Hawaii State Energy Office reports on its website that the state currently produces 12 percent of its electricity from renewables — 5 percent wind, 3 percent geothermal, 3 percent biomass and 1 percent hydro.

The five clean energy categories are:

DOE determined in the PEIS that while the effects from projects would vary by technology, size and location of the projects, some general conclusions could be drawn.

Regarding activities and technologies in the distributed renewables category — biomass, hydroelectric, fuel cells, PV and wind — DOE said potential effects from those technologies are not likely to be significant because the projects typically would be small. In addition, DOE said that implementation of renewable energy projects at the residential scale can exceed the capacity of a local power grid or utility, causing delays in bringing new energy sources to the electrical grid and requiring system upgrades.

DOE said that utility-scale technologies — biomass, geothermal, ocean thermal, solar and wind — had the greatest potential for environmental effects due to the size of project footprints.

While the most common potential long-term effects associated with utility-scale technologies would include changes to land and submerged land use and scenic and visual resources, DOE said that those effects could be minimized or eliminated through the use of location-specific best management practices.