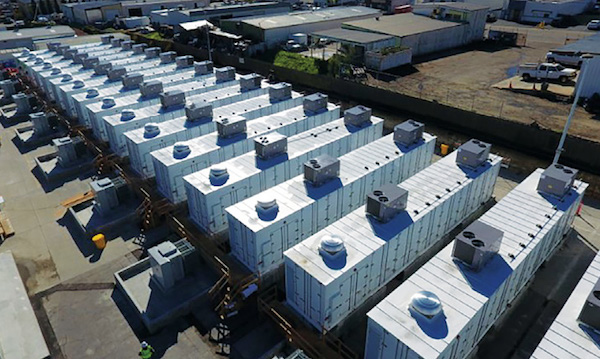 In addition to the DOE’s funding, the project participants will contribute another $50,000.

“Investing in research and development to improve energy storage is critical at this moment in time,” said Neva Espinoza, EPRI vice president of Energy Supply and Low-Carbon Resources. “Innovations in energy storage will contribute to a grid that is both reliable and resilient. This is essential to reaching a cleaner energy future, and we look forward to working with NYPA on this feasibility study.”

“Integrating energy storage is key if we want to make the most of the increasing use of renewable energy resources such as solar and wind,” said Alan Ettlinger, NYPA’s senior director of Research, Technology Development and Innovation. “This collaboration with EPRI could potentially perfect an environmentally friendly solution that would provide large-scale, longer-duration energy storage that would ultimately help renewable energy compete with fossil fuels.”

This new storage technology holds potential to help transition New York State from fossil fuels to at least 70 percent renewable electricity by 2030, which is part of the state’s Vision2030 strategic plan. Part of NYPA’s Vision 2030 strategy includes investigating in potential low- to zero-carbon technologies at several of its facilities to transition from fossil fuel and stabilize the grid as it integrates cleaner energy sources.

Brenmiller, has patented a high-temperature crushed-rock TES system, which is being tested in three generations of demonstration units at separate sites globally. As with other energy storage technologies, the system stores excess energy, in this case thermal energy, so it can be used later during peak demand periods.

The first phase of the NYPA project will be a feasibility study on the integration of the crushed-rock thermal energy storage into a range of fossil generation assets, which is expected to be complete in early 2022. A project plan will then be developed for a second phase to  evaluate real world operating conditions and demonstrate the technology’s ability to provide effective and economical energy storage at a natural gas combined cycle plant.

The plan will evaluate the cost and performance of Brenmiller’s TES technology, to support commercial-scale deployment by 2030. United E&C, an engineering and construction firm, is supporting the project through a techno-economic study.

NYPA is also partnering with Brenmiller on a separate project to develop and demonstrate a TES-based combined heat and power (CHP) system at Purchase College (State University of New York) in Harrison, NY, to increase energy efficiency and reduce greenhouse gas emissions. That unit is expected to be operational later in the summer of 2021.