More
Home Storage Grid Scale Do You and Your Energy Storage Investment Have Good Chemistry? Part 1 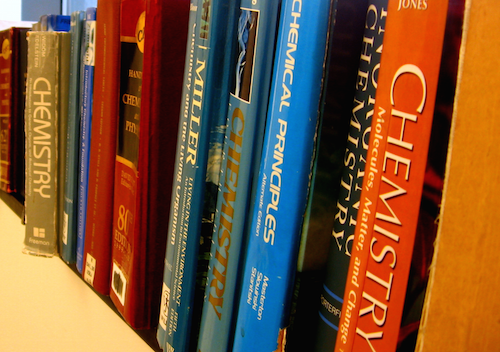 As the energy storage industry gains momentum, it will be increasingly important for consumers to evaluate a number of factors that will impact their returns on investment. It is well known that energy storage systems providing a greater mix of services typically have a more favorable rate of return than those with limited capabilities whether used for applications in front-of-the-meter or behind-the-meter.

There are more income streams for systems that can multi-task. Some of the critical factors affecting the economic viability of battery storage technologies are: safety, performance, multi-service capabilities (stacking applications), and ongoing costs for operations and maintenance (O&M).

Although the debate over energy storage deployment and regulation has yet to fully take shape, there are justifiable concerns about the safety of various battery chemistries being sited in locations adjacent to highly populated areas and critical grid infrastructure where storage is needed most.

Lithium is a highly volatile element, making lithium-ion batteries prone to thermal runaway in the event of overcharge, over-discharge, short circuits, mechanical impacts and even from use in locations with high ambient temperatures. Guarding against these risks adds significant costs to a large-scale lithium-ion system beyond the costs of the cells alone. Fire and material safety concerns are paramount not only for end users, but also for fire departments.

Fire departments typically have a fire plan for every type of facility based on the type of structure and its contents. According to the National Fire Protection Association, the most common course of action for firefighters responding to building fires where large format lithium-ion batteries are contained is to let them “self-extinguish”. Safety concerns about the use of water to extinguish charged or partially-charged electrochemical devices are secondary only to environmental concerns over the runoff water which has been shown to contain high concentrations of toxic materials. This reality casts doubt as to whether lithium-ion is suitable for applications where the energy storage system must be located at a customer site or near critical grid infrastructure.

Other chemical elements widely used in energy storage — specifically flow batteries — are vanadium and bromine. Though present in small amounts in some consumer products, vanadium can be toxic in large quantities like those contained in a flow battery. In fact, any handling of vanadium by maintenance technicians, like that occurring during electrolyte replacement, must be done wearing hazmat suits by professionals trained in the handling and disposal of hazardous materials. Likewise, personnel transporting hazardous materials like vanadium and bromine are required to be certified by the U.S. Department of Transportation to ensure that they adhere to various safety regulations.

Aside from toxicity, the chemical electrolyte of a vanadium flow battery tends to break down at higher state-of-charge (SOC), creating a potentially hazardous outgassing scenario. According to research on vanadium redox flow batteries by the Pacific Northwest National Laboratory, there is the potential for chlorine gas to form in the system as the SOC approaches 100 percent. Likewise, bromine is hazardous in both gas and liquid form. The two chemicals are also used in electrolyte solutions that are highly acidic and would be harmful to both people and the environment should they ever leak out of the storage tanks. As a result of the caustic and toxic nature of these chemical electrolytes, such technologies may not be suitable for deployment in densely-populated areas regardless of safety precautions.

An alternative flow battery electrolyte composed of zinc and iron may be the answer to circumventing safety issues associated with many battery technologies. The alkaline chemistry of a zinc-iron flow battery contains chemical elements that are food-grade ingredients found in many off-the-shelf products in a local grocery store. Taken as a whole, zinc-iron electrolyte is non-toxic, non-flammable and non-explosive. Since these systems pose no risk to the human population, wildlife or the environment, they have much greater flexibility in where they can be sited and how they can be utilized.

Check out Part II, in which we examine multi-service assets that create greater returns for consumers.