More
Home Baseload Ditching fossil fuels once and for all 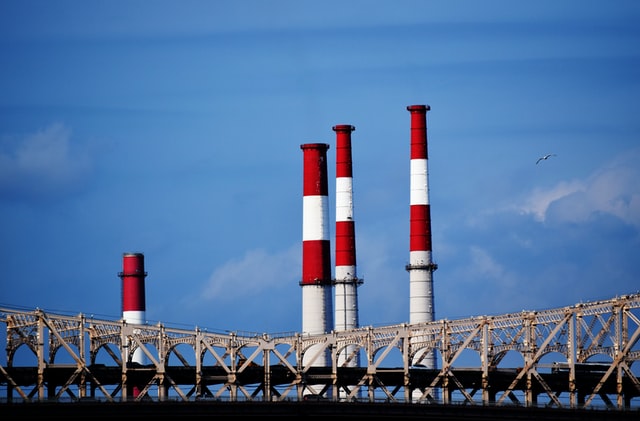 100% renewable power is more possible, practical and affordable than ever

Many of us will agree that the rising number of local and state governments declaring mandatory targets for 100 percent reduction for electric utilities is a good thing. To date, 11 states, the District of Columbia, Puerto Rico, hundreds of cities and a growing number of investor owned utilities have committed to 100 percent clean energy targets, and more are expected to follow.  States like California have been leading the charge for years, and Virginia recently became the first state in the southeast to mandate clean power by 2045.

Ambitious renewable energy goals are vitally important in a changing energy landscape, but a number of questions remain unanswered about how to meet these targets effectively, efficiently and without overburdening the average ratepayer. Detractors draw from examples of grid reliability, variability, energy waste and the high cost of battery storage to question if 100 percent renewable energy is even possible.

Some of these detractors make a fair point: to keep a 24/7 renewable grid operating smoothly during peaks and valleys in renewable generation, traditional power plants must stay online. In states that invest heavily in renewables, like California, renewables often generate more electricity than existing power systems can handle. Excess power is either wasted or given away, while inflexible legacy thermal plants are running and emitting carbon. Let’s face it: traditional power plants were simply not built with the renewable revolution in mind, yet some form of firm, dispatchable capacity is needed to support renewables.

Some advocate for renewable generation plus battery storage. Isn’t this the best path to rapid decarbonization and a 100 percent renewable energy future? Not at the moment. Some studies indicate that even if wind, solar and battery storage are cost-effective, utilities must install far more capacity than is needed for energy. This is required to maintain reliability given the volatile nature of wind and solar output, and the state of charge of short duration (sub 12 hour) battery and other storage systems. This all drives up cost to levels that are not sustainable.

The truth of the matter is: If we want to ditch fossil fuels once and for all, we need to get serious about enacting plausible, specific plans and policies that allow us to not only meet our end-goal renewable targets, but also make the renewable transition process easier and more affordable.

According to a new Wärtsilä study, “Pathways towards 100% carbon reduction for electric utility power systems,” fast-start, flexible gas plants can help utilities meet rigorous carbon reduction targets, maintain grid reliability and minimize costs. They are designed to burn natural gas today and convert to renewable fuels produced using power-to-methane (or hydrogen) in the future. Power-to-methane (PtM) is one of a growing number of power-to-gas processes. PtM sequesters carbon from the air through direct-air carbon capture. This process is coupled with electrolysis for hydrogen, and a methanation process to combine carbon and hydrogen into synthetic methane. The electricity used to power this process comes from excess renewable (e.g., wind and solar) or carbon-free (e.g., hydro or nuclear) sources. Thus, the fuel produced from PtM is renewable.

When the fuel comes from a PtM process as described above, emissions are net-zero, or carbon-neutral. The methane produced from PtM can directly interface with all existing natural gas storage and distribution systems. By leveraging PtM utilities can be assured flexible thermal assets installed today will never become a stranded asset in the future. Flexible thermal assets can turn on and off in a matter of minutes to balance sun or wind generation. This carbon-neutral approach is far less expensive than a purely carbon-free one reliant only on batteries or other traditional energy storage mechanisms, as the fuel produced from PtM is itself a form of renewable energy storage. This allows for a wider diversity of technology choices utilities can consider as they move toward net-zero carbon emissions. And do the one thing we thought wasn’t possible: retain cost-effective reliability while being free of fossil-fuels altogether.

To illustrate how this might work in a specific state, we applied this approach to California’s current renewable plan with a 60 percent carbon-free target by 2030 and transition to 100 percent clean energy by 2045. Our analysis suggests California can decarbonize faster and at a lower cost by keeping its legacy, inflexible power plant retirement dates in place, allowing strategic amounts of flexible thermal capacity to be installed (along with more solar, energy storage and wind), and formally recognizing thermal plants running on renewable fuels as net-zero carbon assets through legislation or regulation. Through implementing these strategies, California can reach its current renewable targets by 2040 (five years ahead of schedule), reach full net-zero carbon by 2045 and save around $8 billion in the process.

Of course, utilities and states are all different with varying portfolios, but at the end of the day, they all have similar missions to provide ratepayers with the cleanest, most affordable and reliable electricity.

To continue on this journey to 100 percent, we must retire all inflexible, legacy fossil plants — not extend their timelines. The longer utilities provide extensions to these legacy plants, the longer they produce carbon and displace renewables. This process is already happening across the country — just look at TVA shutting down its Paradise Fossil Plant in Kentucky earlier this year.

We must then replace those inflexible power plants with an optimal combination of renewables, traditional energy storage, and the latest generation of flexible thermal plants. Adding flexible thermal generation allows power systems to slash fossil-fuel use, rapidly reduce emissions and maximize use of renewable energy right now and convert to 100 percent renewable energy faster, all while providing high reliability. Together with renewable fuels these plants complement traditional storage systems. While batteries take care of day to day time shifting of excess renewable energy, the PtM process stores energy at the seasonal scale, transforming it back to electricity with thermal power plants to attend to seasonal storage needs and to step in when long periods of little to no sun or wind power occur, and the traditional short-term storage systems are exhausted. Our studies indicate renewable fuels can offer storage durations of weeks (not hours) while also leading to a far more efficient and less expensive 100 percent carbon-neutral power system.

To make this happen, we also need to remove any policy barriers that would prevent renewable methane or similar fuels from helping the transition to a clean-energy future. We need to call on our local and state policymakers and regulators to formally recognize thermal plants running on renewable fuels as net-zero carbon assets, in just the way biofuel plants are considered in many states right now.