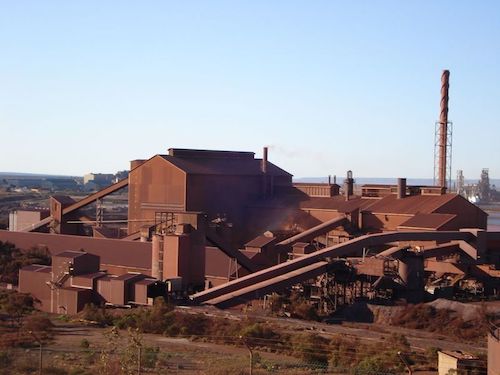 Earlier this week SIMEC ZEN Energy announced details of the first of many planned renewable energy projects for South Australia. The Cultana Solar Farm, a 280-MW solar power plant expected to generate 600 GW-hours of energy annually in Australia’s sunny climate is expected to begin construction in early 2019 according to details in a press release.

The project is the first in an ambitious plan to invest US $1B in renewable energy projects including cogeneration at a Wyalla steel plant using waste gas; the world’s largest lithium-ion battery; and a pumped hydro project at the Middleback Ranges mining operations.

The steel plant and the mine are owned by the GFG Alliance, a consortium of companies headquartered in London, founded and owned by the British Gupta Family, with revenue of over US $15 billion and more than 14,000 employees. GFG has businesses in energy generation, metal manufacturing, engineering, natural resources and financial services and is led by Sanjeev Gupta.

South Australian Premier Steven Marshall, Whyalla Mayor Lyn Breuer, and Chairman Gupta were on hand to launch the first of many renewable energy projects planned for the region by SIMEC ZEN Energy.

Gupta believes there is a great future for energy-intensive industries in Australia, with this the first step in GFG leading the country’s industrial transition to more competitive energy.

“Today’s event is symbolic of our desire to develop and invest in new-generation energy assets that will bring down Australia’s electricity prices to competitive levels again, as well as our commitment to local and regional Australia,” he said.

“In particular, this signals the beginning of our journey with a number of stakeholders to not only transform GFG’s operations in Whyalla, but also further enhance the appeal of this great city.”

Related: South Australian Government to Be Powered by Solar, Wind

Gupta said this project — together with SIMEC ZEN’s second solar project, in development to be built nearby — will make this one of Australia’s largest solar farms, with even larger projects to follow in other states.

“All of these projects will not only improve reliability and greatly reduce the cost of electricity in our own operations, they will also provide competitive sources of power for other industrial and commercial users, while at the same time playing a key role in the market’s transition towards renewables,” he said.

SIMEC ZEN Energy has commenced preliminary consultation discussions with the local community regarding the project, and will continue to engage closely with key stakeholders as it progresses through the remaining approval processes. Development approval is currently anticipated within the fourth quarter of this year, with construction commencing in the first quarter of 2019.