More
Home Blogs Dear Hawaii: Read Your Mail Before Your Utility Sells Out

If your electricity — generated from imported oil — is the most expensive in the country and your solar resource is terrific, you’d expect your electric company to be making great strides toward renewable energy. On Hawai’i, the progress toward clean energy is in limbo, because island’s largest electric utility — largely owned by islanders — is likely to be acquired by mainland utility conglomerate NextEra, parent company of another regulated utility, Florida Power and Light.

Should Hawaiians accede to the wishes of NextEra and sell their largest electric utility to off-islanders?

These postcards from Florida (inspired by a campaign by Vote Solar) shine a little light on what Hawaiians can expect from their proposed utility overlord. 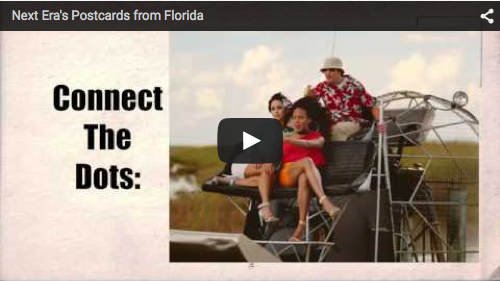 For more on the takeover, check out ILSR’s Director of Democratic Energy commentary during the Maui Energy Conference, ILSR’s 2012 report — Hawaiian Sunblock — on the unexpected barriers to low-cost solar on the islands, Vote Solar’s Postcards from Florida campaign, and the continuing coverage of the utility acquisition on Utility Dive.