More
Home Baseload Bioenergy Could the Path to Renewables Go Through Utilities? St. Lucia in the... 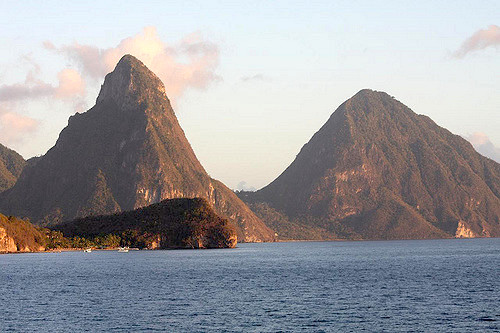 MIAMI – It’s a dilemma all countries face in trying to figure out the best way to develop renewable energy: What should be the role of a government-regulated utility in future production and distribution?

In the case of the small eastern Caribbean nation of St. Lucia (population: 183,600), a new collaborative study has found that a high degree of ownership by the utility is essential to reduce customer rates. That’s partly because the local utility has strong financial muscle and can obtain cheaper financing, making the electricity it produces cheaper for the poor and the population at large.

“The study speaks to the most efficient, strategic and economically beneficial way of proceeding to lower energy costs,” said Stephenson King, St. Lucia’s minister for infrastructure, ports, energy and labor. He championed St. Lucia’s move to renewable energy during his earlier term as prime minister.

Most energy road maps are developed either by governments or by utilities and look at technical issues in the switch to renewables. But the St. Lucia report is unique in its collaborative approach and its focus on the best options for ownership in the energy transition over a 20-year timeframe, said Roy Torbert, principal at the Rocky Mountain Institute, who helped author the 39-page document.

Monopoly utilities often balk about working on national road maps that can open energy markets to new producers and cut the utility’s future electric production and future revenue potential. But LUCELEC was far-sighted in taking part, aware that the island was developing a new regulatory structure and that customers were not happy with its high electric rates, King told Renewable Energy World.

“They may have envisaged being left behind, if they didn’t participate. So, they came forward and participated,” King said in an interview at the Caribbean Renewable Energy Forum 2016.

St. Lucia, like many Caribbean island nations, has high costs for electricity largely because of its dependence on imported fuel for electricity generation. Its average cost of electricity per kilowatt hour peaked in 2014 at 38 cents and ran 27 cents this September — or more than double the U.S. average.

St. Lucia’s government is turning to renewables now for two key reasons. The country needs to reduce its carbon emissions to meet its international commitments, and it sees new technologies helping cut costs for renewables to make them cost-effective to develop, King said. The island currently generates almost no electricity from sun, wind, biomass or geothermal sources.

The report found the scenario offering the greatest economic benefit to St. Lucia by 2025 consists of 31 MW of solar, 12 MW of wind capacity (owned by LUCELEC), 14 MWh of storage and energy efficiency displacing 11 percent of the load. (Geothermal might play a role with concessional financing.) The estimated cost for that development: $630 million, according to the study.

“Scenarios with the highest degree of utility ownership facilitated the lowest customer rates,” the report said. “Future policy directives should be focused on utility ownership, only enabling independent power producers in cases where the latter adds more value and less risk to the system, such as in highly specialized ventures such as geothermal.”