More
Home Storage DER Could Minnesota Reliably Meet All Energy Demands on Clean Energy and Save... 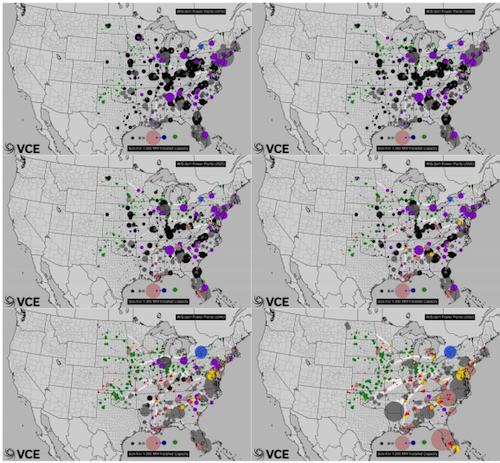 A report released this month, which was commissioned by the McKnight Foundation, revealed analysis that showed Minnesota could retire the state’s coal plants, build no additional natural gas plants, and still meet energy demands reliably through clean and renewable energy sources.

The report also shows that the state can meet its greenhouse gas reduction goals while reducing energy costs and tripling clean energy jobs.

Minnesota can reduce its reliance on fossil fuels by replacing the energy that is currently used in buildings and the transportation sector with clean energy sources to achieve an 80 percent reduction in greenhouse gases by 2050, which it is currently failing to meet, according to the report.

The report models approximately 13 different scenarios over the U.S. portion of the Eastern Interconnection for generator siting, transmission expansion, storage capacity expansion, demand-side resource deployment, transmission power flow, economic dispatch, and metric tracking. The author of the report however, indicated that he was unable to model for distribution costs of electricity and wrote that if more investment in the distribution system was required, then the cost reductions he found could be less.

Key takeaways from the 76-page report:

“Continuing our state’s progress on clean energy will not only allow us to tackle climate change, but will significantly reduce air pollution, increase human health, and boost our economy by tripling the number of energy sector jobs by 2050,” said Kate Wolford, President of the McKnight Foundation.