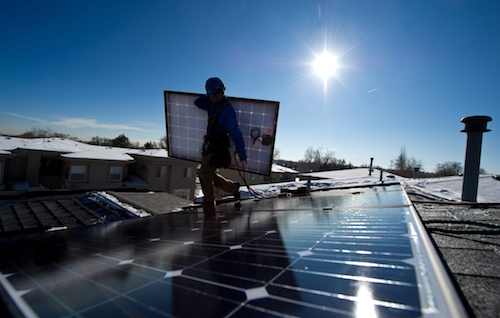 Let’s talk about something most of the residential solar industry would rather not discuss: what does home solar look like in a post-net metering world?

Net energy metering (NEM) has been an effective mechanism for getting the residential solar industry off the ground. NEM ensures that every kilowatt hour of solar energy has value, which enables compelling economic returns and the creation of financial products like the power purchase agreements that make going solar a no-brainer. But some states, like Hawaii, are now phasing out NEM to address potential grid problems associated with high solar penetration. In many cases, NEM has created an adversarial relationship between residential solar energy companies and utilities. Understandably, solar companies oppose the transition to a post-NEM world, as it undermines the business model and retail financial products that depend on retail rate compensation for distributed solar.

So what does the coming end of NEM mean for the future of residential rooftop solar?  To keep up solar’s impressive growth rate, solar energy providers will have to re-think the way solar systems are packaged and sold. One answer may lie in the configuration and sizing of the solar system itself.

Instead of being sized to produce the maximum amount of energy per day, residential solar systems on the market could be sized to produce just enough power per day. An appropriately-sized PV array could charge a home battery and run the home for a full 24 hours, giving owners the satisfaction of consuming the power they produce, the additional value of backup power in the event of a blackout, and a more affordable price tag. Customer acquisition costs to solar installers could be reduced by standardized product packages which reduce the need to custom-design and quote each project, and allow the installer to pass down additional savings to customers. A down-sized solar plus storage system could still take advantage of the available rebates and incentives, while opening up the world of solar power to a much wider audience.

The lower cost isn’t the only thing that makes this model more accessible to homeowners, though. This new, restructured solar system would require fewer hours of sunlight, less roof space, and would expand the value of rooftop solar beyond NEM-friendly states. As the residential solar sector looks to broaden its appeal and accessibility, this model would be a huge step in the right direction.

Homeowners aren’t the only winner here. Utilities love it. Utilities are looking for innovative ways to address evolving grid needs while replacing outdated fossil fuel peaker plants with clean distributed energy resources.  More homes with solar and energy storage will create an enormous opportunity to ease the grid’s load. Residential solar plus storage can be networked into a virtual power plant, providing clean energy to the grid exactly when it is most needed. In California, SCE has just announced the deployment of the largest fleet of home batteries ever, as a part of a pilot program which will compensate for the de-commissioning of San Onofre Nuclear Generating Station and several natural gas peaker plants. California is not the only area of the country facing grid challenges, and SCE won’t be the only utility company looking to home batteries to provide an innovative and effective solution to the problem.

The continued growth of residential rooftop solar will require a fundamental industry change to adapt to the new grid paradigm. Combine rooftop solar savings with a revenue stream for grid services from energy storage, and you have a viable post-NEM offer that is compelling to homeowners and utilities. Solar systems sized to produce enough power to charge a home battery and run the home in the event of a power outage could be the new approach that allows homeowners to produce clean energy for themselves and for the grid of the 21st century.