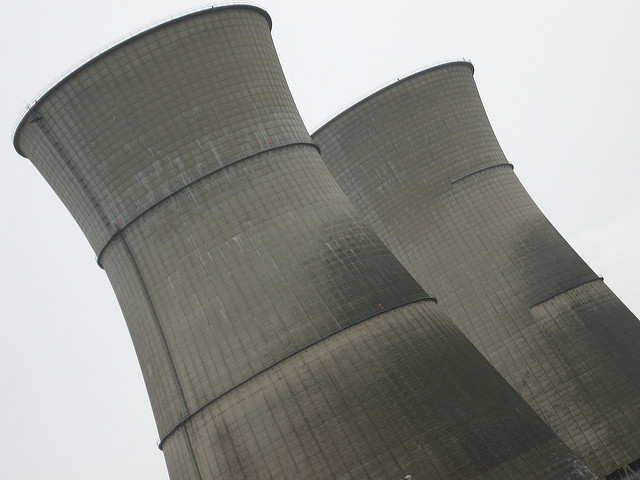 PG&E Corp.’s plan to shut California’s last nuclear power plant by 2025 would cost $15 billion if all its output is replaced with solar-generated electricity at current prices, according to Bloomberg Intelligence analysts.

Actual costs could be lower because the company expects to account for reduced demand and replace only part of the plant’s production, energy policy analyst Rob Barnett said Wednesday in an interview. PG&E plans to use a mix of renewables, storage and energy conservation in place of the Diablo Canyon nuclear complex, the utility’s chief executive officer, Tony Earley, said Tuesday.

The multibillion-dollar estimate underscores the costs that utilities and consumers face across the U.S. as power generated by cheaper plants overwhelms nuclear replacement costs, said Kit Konolige, co-author of the note. California’s goal to get half its power from carbon-free sources by 2030 will be challenging without nuclear, although few states can match the wind and solar resources of California, he said.

“If you were to take all the energy from Diablo Canyon and say, ‘I want to replace that with solar,’ this is an estimate of that investment,” Barnett said.

Diablo Canyon’s two reactors account for 20 percent of annual power production in PG&E’s territory, according to the utility owner’s agreement to shut the plant. Based on current prices and generating capacity for solar power, the company would need 10,500 MW of new solar installations to replace all of Diablo Canyon’s output, the research concluded.

“Gas-power plants will probably be needed for backup when wind and solar plants aren’t available,” Barnett and Konolige wrote. “Greater use of natural gas may make California’s emission goals more challenging to meet.”

PG&E spokesman Blair Jones said Wednesday that the cost estimate study “bears no relationship to the proposal put forth by the joint parties.”

Terms of the agreement with environmental groups and labor unions to shut the plant over the next decade are subject to conditions that must be approved by the state utility regulator.

“It’s going to cost less overall as a total package than if you just continued to operate Diablo Canyon,” Earley said. “It’s going to operate less because of the energy policies that are in place.”

The $15 billion Bloomberg Intelligence estimate excludes cost of decommissioning, or removing radioactive materials from the site and restoring it as state-owned beach. The plant’s decommissioning fund is about $1 billion shy of the $3.8 billion cost estimated in the agreement to close the plant, Barnett said. PG&E will ask that customers make up any shortfall, Earley said.

Most of the cost to close the plant will be for replacement power and it’s too early to estimate that, Geisha Williams, the company’s president for electric operations, told reporters.

The plan calls for the utility to solicit bids for energy-efficiency programs in 2018, and for greenhouse gas-free generation by 2020.

The agreement reflects the failure of state-run carbon-dioxide markets at sustaining nuclear plants amid competition from gas-burning plants, Barnett said. While California utilities pay about $12.50 a metric ton for carbon emissions from gas-fueled plants, a price above $100 would be needed to justify new nuclear investment, he said.