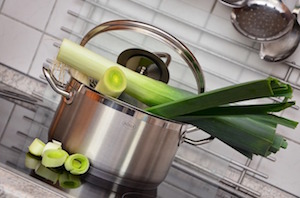 Thanks to the virtuous confluence of technical and business forces, and driven by entrepreneurial startups, application-specific microgrids are coming.

In common understanding, a microgrid is a smaller version of the existing macro-grid, and it delivers the same electricity as the latter does. We increasingly like microgrids because they ensure the reliability of the electricity supply during snowstorms or other natural calamities, such as Hurricanes Sandy and Katrina or the Fukushima tsunami.

In the emerging economies, we value microgrids because they allow consumers to access the benefits of electricity without the uneconomical extension of the macro-grid. In every case, we presume it is electricity we want. But do we?

Consider water. We can use it as is, drink it straight or with flavors and aeration from different sized and branded bottles, and use it for cooking, cleaning, growing food, washing, … and so forth. Electricity, unlike water, is not what we want; we rather want the uses of electricity. (See Walt Patterson on energy.)

Why then don’t we have application-specific microgrids? (See RMI’s report Lumens as a Service, LaaS.)

A home could have at least two distinct microgrids — one for lighting and home electronics — fans, phone charging, TVs, laptops — and another for refrigerators, clothes irons, washing machines, dish washers, and dryers. The first set of applications can be off-grid and powered by roof or backyard solar, practically free after the initial capital expense of a few hundred dollars.

The larger loads may require grid electricity, or an expensive overlay solution consisting of several kilowatts of solar installations, inverters, and batteries, costing several thousand dollars. The point is that ~ 30 percent of a home’s load can be off-grid right away, and cheaper than grid electricity. The overall electricity bill falls, and diversity of supply creates resilience and access. Both solution sets can be based on community microgrids, not necessarily home by home.

From a business strategy perspective, the question is: What business are we in? The answer thus far has been: We are in the electricity business — generic, all purpose, standardized to 110 V or 220 V. The application is up to the customer; the electricity industry has not historically been in the application business. The industry does not parse electricity into applications or uses. But why not? Parsing or differentiation along multiple dimensions is the very heart of marketing, of establishing value, and charging suitably for it. One explanation is: This is a historical accident, tied to the evolution of the industry since its founding days, and needs correction.

The industry charges based on piped electrons — volumetric pricing — not based on “utility” or value delivered, though ironically, electricity supply companies are called utilities. The volumetric pricing — value at the physical layer in the OSI stack (to draw parallels with the telecommunications industry) has allowed many companies to develop numerous products and applications such as washers, dryers computers, pumps, ovens, microwaves, TVs, etc. This is analogous to the Apple i-Phone platform enabling software developers to create applications.

The electricity industry does not care whether electricity is used for coffee making, refrigeration or medical research. It treats electricity like an unbranded commodity. But is it? Need it be? Even water is branded and differentiated.

In any case, in an age of reduced barriers to entry, end of natural monopoly due to onsite generation, and technical advance — falling solar and battery prices — the traditional electricity business model is no longer valid in places where the investment in a large grid has not been made already.

My preliminary calculations show that solar electricity generated from a cooking-centric microgrid can be “piped” into rural homes and urban apartment buildings, and compete head-on with LPG-based cooking. The system would consist of multiple solar panels and multiple batteries with associated electronics, optimally combined to deliver electricity for multiple rural or urban homes. A cooking-centric application delivering at least 1,000 W power to each cookstove can be effective as a standalone system, too, and compete with LPG cylinders. But it can be even more economical and effective when it is a part of a microgrid.

Further, a cooking-centric solution in most homes will likely be the highest power demand application; when such a cooking solution is deployed, low power applications, such as lighting, fans, electronic appliance and TVs, can be benefits that flow from the cooking-centric microgrid at marginal costs, and during times when no cooking is happening, as complement to whatever already exists in the home.

The key is to establish the economics of such a solution by considering not only the traditional applications that Solar Home Systems (SHS) and so-called rural microgrids in India and sub-Saharan Africa focus on — lighting and phone charging — but also cooking. My calculations show that a comprehensive solution incorporating cooking is affordable even for poor rural residents. And in pushing for the spread of such a solution, we are in accord with the Paris climate treaty, for we eliminate indoor air pollution and progressively emissions-heavy biomass burning for traditional cooking.

In conclusion, solar-based cooking should be the core application, the driver for rural electrification, and a competitor for LPG cooking in urban, electrified apartment homes. After all, LPG prices will rise over time, while the solar and battery system will continue to fall in price for the foreseeable future.