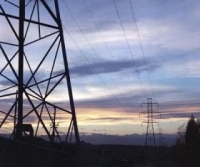 Consumers respond to retail sales. And so the thinking goes they might react in kind to changing electricity prices — if they could track them. After studying this concept for one year, the Department of Energy’s Pacific Northwest National Laboratory proclaimed that, on average, participants saved 10 percent and during peak periods, they saved 15 percent.

It’s never been a question of whether the tools would develop to allow such efficiencies. It’s always been an issue over whether consumers would respond to the supply and demand curve that electricity follows. Researchers now conclude that by using relatively simple web-based programs, they will do so.

Nationally, those scholars say that “smart grid” technologies could save about $120 billion by foregoing the need to build expensive power plants and transmission lines. They also say that over a 20-year period, the technology could displace 30 large coal-fired generators.

For now, it’s mostly the bigger utilities with the deeper pockets that are shelling out for advanced meters and demand response technologies. Market intelligence firm Chartwell says that about 9 percent of all major companies last year installed such analytics, although that figure could rise significantly in the coming year. Longer term, the prospects are much greater. According to IBM, which developed the software for the latest study, advanced metering technologies will be available to as much as 15 percent of the country in five years and to more than half the country in 10 to 15 years.

“Overall, the smart grid technologies and approach used in this project have the potential to transform the way power is delivered, managed and used,” says Ron Ambrosio, senior researcher at the Watson Research Center of IBM, in a conference call. “We’re talking about information technology and consumers playing an active role in managing the electricity grid of the future, minimizing the need for inventory and infrastructure and maximizing productivity, efficiency and reliability.”

The demonstration project, funded primarily by the Energy Department, looked at 112 homeowners located in the Olympic Peninsula in Washington State. They each received new electric meters, as well as thermostats, water heaters and dryers — all of which were connected to advanced meters using a gateway device inside the home. One part of the study allowed homeowners to use the Internet to make an optimal selection between comfort and economy. Then, every five minutes, the settings would automatically adjust in accordance with overall supply and demand levels. A second aspect showed that everyday household appliances can automatically reduce energy consumption at critical moments when they are fitted with controllers that can sense stress on the grid. Both studies helped ease the flow of power over the grid.

Currently, utilities generate electricity based upon projected demand. Through new information technologies and modern gadetry, consumers are now given increasing power to control grid traffic. In an era of supply shortages, environmental pressures and community activism, those demand response programs give consumers an opportunity to curtail their energy usage during high demand in exchange for lower prices.

“These kinds of controllers can make the difference between problems that spin out of control, like the 2003 black out on the East Coast,” says Rob Pratt, project manager for Pacific Northwest National Lab’s demonstration. “Nipping such an event in the bud is critical, when those kinds of events can spread from Ohio to New York in nine seconds.”

The possibilities for advanced meters are huge. There are now about 130 million meters in the United States alone. Of those, only about 10 million or so have high-tech gadgetry to facilitate remote temperature control. A utility may provide the meters or it may retrofit older ones. The “smart thermostats,” meanwhile, are now commercially available.

While advanced meters hold lots of promise because of the benefits they would bring, they still have major hurdles to overcome. Namely, utilities are tightly regulated and are accustomed to passing along their costs. By extension, consumers generally pay a flat rate that covers a utility’s cost of production and transmission. They are therefore shielded from a sharp divergence in the supply and demand curve. At the same time, the price to deploy smart meters is high and utilities are reluctant to make those expenditures unless they know they can recoup their investment in a short period.

Both federal and state policymakers recognize those obstacles and have tried to encourage the implementation of time-of-use rates. The idea is for “demand response” centers on “smart meters” to collect energy usage data and price it accordingly. If people become price sensitive, they will shift their usage patterns. Utah’s public service commission, for example, worked with Utah Power to find a way to implement a cost-effective demand response program near Salt Lake City — something that the utility says has resulted in the saving of 90 megawatts of power a year, since 2003.

“When prices are set by regulation or law and change infrequently, consumers are largely insulated from frequent and short-term changes in the cost to generate electricity,” says a report by the General Accountability Office.

The market is continually trying to calculate energy demand and to determine how to allocate its portfolio of fuel options. The Energy Department’s latest study indicates that energy efficiencies can help avoid not only expensive capital outlays but also the release of harmful emissions. While the consumer mindset is not accustomed to following price curves in the electricity market, policymakers must work harder to construct a new paradigm — one in which utilities and their customers are moved to become involved in the implementation smart grid technologies.