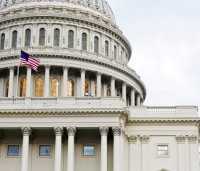 In February and March, the United States Congress struck a blow to domestic alternative energy production, which is already resulting in stalled economic growth and job losses. Congress missed a chance to extend the Production Tax Credit (PTC) for wind power generation. While a PTC extension could still appear as stand-alone legislation or tied to another bill, it’s imperative that such a move happens soon. PTC, an income tax credit of 2.2 cents per kilowatt-hour for wind turbine electricity production, is essential for tens of thousands of American jobs, as well as the continued success of domestic green energy generation.

In a recent statement, American Wind Energy Association (AWEA) CEO Denise Bode spelled out the dire consequences we could see if PTC is not picked up for another year or more. She said, “The stakes here could not be clearer. Economic studies have shown that Congressional inaction on the PTC will kill 37,000 American jobs, shutter plants and cancel billions of dollars in private investment.”

While President Obama requested a shift in energy funds to support alternative energy and energy efficiency, the PTC has support from some Republicans, as well, who represent states where the wind industry has been an economic boon. The tax credit, which was born in 1992 and has survived through a series of one and two-year extensions, deserves support now. These are among the many reasons why:

Wind-generated energy is more reliable and affordable than ever before. Not just in the U.S., but also around the world, wind turbine installations are on the rise and are expected to grow significantly in coming years. This is due in part to better energy storage options, such as ultracapacitors, which answer concerns about consistent reliability and availability of wind-generated power. The wind industry has also been able to lower the cost of wind-generated power by more than 90 percent since PTC was first established, and production costs have fallen by 80 percent in the last 20 years.

Wind power is responsible for a significant portion of new energy generation capacity. Over the past four years, wind has provided 35 percent of new energy capacity in the U.S. That’s second only to natural gas and is more than coal and nuclear power generation combined. Today, wind-generated energy powers the equivalent of 10 million homes throughout the country.

States that use wind energy well point to the potential growth of green energy nationwide. Iowa, among the most accomplished states in the nation when it comes to green energy, now draws 20 percent of its electricity from renewable sources. That level of clean power could be possible across the country by 2030 if PTC continues to serve as a catalyst for the growth and advancement of alternative energy.

The economic results of letting PTC die would be devastating and widespread. Thirty-one states host businesses that rely in some way on the wind industry, and the effect of stalled expansion would likely affect them all. Today, there are 50,000 megawatts of wind power installed in the U.S. and more than 8,000 under construction. This year is looking to be a great one for the wind industry, as players scramble to get turbines on line by the end of 2012 in order to take advantage of the PTC before it potentially expires. But future projects are in jeopardy. Wind power projects slated for 2013 should already be in process, but developers are putting on the brakes while Congress decides what to do with the tax credit. Soon, we will see the effect of those project delays in massive layoffs, which we can hardly afford as the country slowly recovers from its deep recession.

Letting the PTC expire is the equivalent of raising taxes on domestic renewable energy. That tax increase could have negative repercussions in an industry that has created thousands of jobs, fostered much-needed energy diversity and contributed to the long-term stability of electricity prices. The wind industry is doing its job well with technological innovation that fosters cleaner, cheaper energy production. However, other factors come into play, as well. PTC is one way the U.S. can encourage success in domestic energy production and support one of the most promising opportunities for continued economic growth. If the U.S. continues along its current rate of energy production and achieves 20 percent electricity generation from wind by 2030, 500,000 American jobs will be added in the wind production sector. Certainly, green energy and the jobs it funds are worthy of Congress’ attention and support.