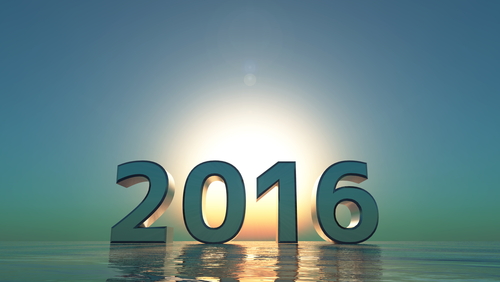 In December, leaders from across the globe met at the Conference of Parties 21 (COP21), coming to agreement that the world needs to collectively limit global warming to 2 degrees Celsius – an ambitious objective, but not an impossible one. It’s up to individual nations to determine their own goals for contributing to the international mandate. Once those goals are set, the next logical question is how they will be met.

Part of the answer will lie in renewable energy. The U.S., according to the Solar Market Insight 2015 Q3 report from the Solar Energy Industries Association, has installed 24.1 GW of solar capacity; enough to power 5 million homes. And for the eighth consecutive quarter, more than 1 GW of solar has been added to the grid.

That momentum is expected to continue with the extension of the Investment Tax Credit (ITC) for solar energy. While historically the solar market has been concentrated on the residential and utility sectors, the ITC extension offers unique opportunities for the commercial sector. In order to ensure that the U.S. continues to see traction and improvement, here’s what it needs to do in 2016 to maintain current momentum among residential and utility markets while invigorating the commercial market.

Maximize the ITC, Expand the Market

With the five-year extension of the ITC, it will be appealing for investors and developers to continue with “business as usual,” funding projects that can be easily vetted, assessed and completed. Namely, that means standardized residential projects with high utility rates, and large publicly traded commercial and utility projects that take advantage of economies of scale. It’s important to note that both of those off takers have readily available ratings to weigh risk and reward (for large commercial entities, it’s a public debt rating; for homeowners, it’s typically a FICO score) making the assessment process streamlined and accessible.

The fact that the ITC is extended for another five years means the industry has the opportunity to tackle more complex projects. Unrated commercial businesses are prime examples of untapped potential due to highly varied installations, less competitive utility rates, and their lack of public debt rating. Technological advances and creative financing have opened the door for these projects but the 28 million small businesses in the U.S. have largely been ignored.

The industry still needs to put downward pressure on costs, specifically balance of system and financing costs. As those costs decline, solar will begin to make economic sense for a greater number of residential and commercial customers. Instead of just picking the “low hanging fruit,” a vast majority of rooftops and parking lots could support a solar array. The ITC extension gives the industry more time to make those adjustments, but waiting until the sunset of the step-down will only hurt the solar industry.

As primary markets, such as California and Hawaii, meet their net energy metering (NEM) caps and other states begin to open their grids to solar, the industry will need to be vigilant to protect the ability of consumers to go solar. Hawaii changed its NEM practice in order to create, in their words, a fairer distribution of cost for all customers, as well as increase overall grid reliability. In its place, the state introduced a new tariff structure to decrease the value of credited electricity, a move that’s likely to become more common across other states as we see an increase in PV market penetration.

The industry needs to ensure the calculated value of solar is based on both costs and benefits. Unfortunately, the general public still sees solar as a “new” technology and may not understand what they are giving up when they don’t fight for balanced NEM policies. The solar industry should to work with utilities and elected officials to preserve grid access.

As utilities do change how they credit and bill solar for their customers, the industry must adjust models to accurately assess potential costs and savings to the customer when evaluating projects. While savings evaluation was already a complex target in the commercial segment, it is going to become increasingly so. General assumptions about solar generation and customer consumption can no longer be accepted. Fifteen-minute incremental data to accurately monitor and predict future costs needs to become the industry standard.

With changing NEM laws and increases in demand charges, the industry will need to find new solutions in order to make solar appealing for customers of all sizes. We should assume that the retail value solar credits that a facility could generate when it feeds energy back into the grid will be a thing of the past. With the increasing adoption of solar, we can also assume that peak time of use (and therefore higher rates) will shift to later in the day and demand charges will become more prevalent. That situation means it will be tougher to have solar make economic sense. The obvious solution? Better storage options.

If customers no longer have the ability to receive full retail credits for their surplus energy, then those extra kilowatt hours may serve a better purpose with efficient storage, especially for commercial sectors. Consumer can use storage to shift consumption of their solar or to shave peak off of their demand. Storage technology is still evolving, as is the building management software to accurately implement complex shifts from solar, to battery, to grid. That said, expect this portion of the energy sector to grow by leaps and bounds in the New Year.

2016 will prove to be a year of opportunity for the industry as it looks to further maximize the benefits of the ITC while expanding into new territories and market segments. Evolving NEM policies and the advent of storage technologies can be game changing in either market growth or retraction, depending on factors both within and outside of our control. Importantly, if the industry wants to maintain momentum in the New Year, it would be wise to act now to reach cost parity with traditional sources of fuel, using the ITC to gain market share, build jobs and establish solar as the go-to source of electricity for the world.