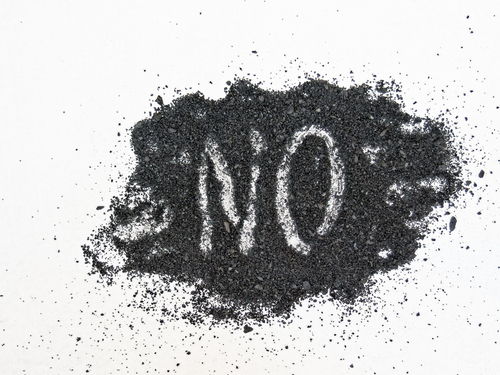 The U.K. has decided to close the door on coal, but it’s not good news for renewables. A long-time leader in progressive renewable energy support policies, the U.K. government has now taken a stance that sees its low-carbon energy strategy reflected in ambitions for more gas and nuclear power – at the expense of renewables and coal.

This strategy is crystallised in the recent energy ‘reset’ by U.K. Energy Secretary Amber Rudd, within which she reveals a consultation is to be released in spring setting out proposals to close unabated coal by 2025 and restrict its use from 2023.

In parallel, since the general election in May the now majority Conservative government has set about largely dismantling the various renewable energy support mechanisms that had subsidized development to date. Of particular note is the slashing of support for the lowest cost renewable energy technologies – onshore wind and solar PV.

Instead the government sees new gas and nuclear power taking a bigger share, emphasising that lowering costs is of far greater significance in energy policy under the current administration. As Rudd says: “Green energy must be cheap energy.”

The government is also encouraging investment in domestic shale gas and developing a strategy to maximize recovery from North Sea oil and gas reserves.

Alongside gas, Rudd pointed to plans for a new fleet of nuclear power stations, Hinkley Point, Wylfa and Moorside, for example. This in the wake of the recent commitment to Hinkley Point C, by EDF and China General Nuclear Corporation, signed during a recent state visit to the U.K. by Chinese Premier Xi Jinping.

EDF has finalized the Contract for Difference support tariff at £92.50/MWh ($140/MWh), if Sizewell goes ahead it will be reduced to £89.50/MWh ($135/MWh). EDF describes this as “competitive with other large energy sources such as gas and offshore wind.”

And, in revealing the government’s vision for the next five-year parliament, Rudd went on to commit government support for offshore wind – on the condition that it comes down in cost: “If, and only if, the government’s conditions on cost reduction are met – we will make funding available for three auctions in this Parliament. We intend to hold the first of these auctions by the end of 2016.”

She continued: “The industry tells us they can meet that challenge, and we will hold them to it. If they don’t there will be no subsidy. No more blank cheques.” But noted: “On current plans we expect to see 10 GW of offshore wind installed by 2020.”

Whilst broadly welcoming the historic decision to be the first developed nation to commit to phasing out the most carbon intense form of power generation, recent U.K. energy policy has been met with nigh on open-jawed bewilderment by many observers – perplexed by policies effectively restricting development of the lowest cost renewables technologies whilst backing new nuclear and switching from one fossil fuel to another.

For instance, Niall Stuart, Chief Executive of Scottish Renewables, observed: “It appears that the Secretary of State is bending over backwards to highlight the benefits of gas-fired and nuclear power, whilst overstating the challenges of increasing our renewable energy capacity. It is right that we get coal off the system, but there is no mention of gas already being the U.K.’s main source of carbon emissions, the cost of nuclear power being significantly more expensive than onshore wind and solar, nor the challenges of managing large and inflexible nuclear power plants.”

Juliet Davenport OBE, chief executive of renewable energy company Good Energy said: “I’d challenge the government to offer a truly level playing field for all technologies. Before the government changed the policy goalposts, onshore wind and solar were on track to be the cheapest sources of U.K. power with the potential to be subsidy-free by 2020. The government’s apparent preferred options of nuclear and gas, and an old fashioned grid, are not cheap and will not be subsidy-free for decades.”

Indeed, Good Energy recently published a report showing that in 2014 wind and solar generation reduced the wholesale cost of electricity by £1.55 billion ($2.3 billion). This stands against a net cost of support of £1.12 billion ($1.7 billion). And, in a related development, new analysis from Bloomberg New Energy Finance (BNEF) on the levelized cost of electricity (LCOE) for the second half of 2015 shows onshore wind to be fully competitive against gas and coal in the U.K., while costs have gone up for gas-fired generation.

The BNEF study shows that the global average LCOE for onshore wind nudged downwards from $85/MWh in the first half of the year, to $83/MWh in the second half. Costs for crystalline silicon PV solar fell from $129/MWh to $122/MWh. This compares with $115/MWh for combined-cycle gas.

Seb Henbest, head of Europe, Middle East and Africa at BNEF, commented: “Our report shows wind and solar power continuing to get cheaper in 2015, helped by cheaper technology but also by lower finance costs. Meanwhile, coal and gas have got more expensive on the back of lower utilization rates, and in Europe, higher carbon price assumptions following passage of the Market Stability Reserve reform.”

Among other low-carbon energy technologies, offshore wind reduced its global average LCOE from $176/MWh, to $174/MWh. BNEF costs for nuclear in the Europe, Middle East and Africa region increase levelized costs to $158/MWh.

Indeed, given what many see as a policy vacuum in the U.K. since the election, it’s perhaps no surprise to note that the U.K. has suffered a number of embarrassing call outs.

The country recently lost its previous triple-A rating for energy investment from the World Energy Council (WEC), for example, with WEC noting:  The U.K. faces significant challenges in securing its energy supply. Domestic production of fossil fuels has steadily declined. Aspirations to produce unconventional oil and gas have to surmount technical barriers and secure public acceptance. In the power sector, the nuclear fleet is being run down, and many coal plants will be forced to close by European legislation.

Britain currently still gets an AAB rating from the council.

Meanwhile, the latest Renewable Energy Country Attractiveness Index from EY sees the U.K. miss its spot amongst the top 10 for the first time. The report notes that this year alone, 23 large-scale projects representing around 2.7 GW have been publicly abandoned and points to inconsistencies in the latest policy revisions as contributing to the U.K.’s dramatic fall.

Ben Warren, Energy Corporate Finance Leader at EY explained: “Few in the renewables sector would disagree that falling costs mean many renewables projects, particularly onshore wind and solar PV, will be cost-competitive and subsidy-free within the next three to five years. However, by prematurely withdrawing support, the government risks stalling or killing projects that would otherwise maintain the momentum to get the market to that critical point.”

A number of major renewable energy companies have gone into liquidation since the policy revisions, with nearly 1,000 staff laid off when the Mark Group fell into administration, for example.

However, both the EY and WEC analysis came before a highly embarrassing leaked memo from Rudd to Cabinet colleagues.

In the letter, leaked to The Ecologist magazine, Rudd confirms that the U.K. is on track to reach just 11.5 percent of its energy coming from renewable energy by 2020, against a U.K. target of 15 percent, making a  shortfall of some 25 percent – the EU-wide target is 20 percent and some countries already exceed that figure nationally.

The memo added that if the targets were not met EU fines or legal action could follow, though it followed an appearance at the House of Commons where Rudd said the renewables budget had to be cut because it was “way overspent” but that “we’re still meeting our renewables targets.”

Greenpeace Head of Energy, Daisy Sands said: “The government is planning on cutting support for the solar and wind subsidies in the name of affordability. But perversely, we see that the government believes investing in renewable energy projects involving buying power from abroad is more desirable than supporting home grown renewable energy industries.” This latter a reference to Rudd’s suggestion that any shortfall in the 2020 targets could be met by importing renewables from other nations.

Vowing to take action on renewable heating and transport, rather than renewable electricity, to make up the shortfall and speaking before the Energy and Climate Change Committee, she said: “I recognize, as that letter does, that we don’t have the right policies, particularly in transport and heat in order to make those 2020 targets, but we have four to five years and I remain committed to making those targets.”

Perhaps even more embarrassing than the leaked memo though, the latest U.K. government figures reveal that not only is there a shortfall against the fourth carbon budget (2023-2027) but it has increased, from 133 MtCO2e last year to 187 MtCO2e now. Although a chunk of this increase is attributed to changes in reporting land use change impacts, the government acknowledges that another major driver of increased emissions is fossil fuel prices.

Indeed, Rudd acknowledges the challenge: “We are on track for our current and next carbon budgets, but the fourth carbon budget is going to be tough to achieve.”

And in response to recent Met Office data showing global temperatures are set to reach the 1 degree Celsius marker for first time, Rudd said: “Pledges to reduce emissions made by countries so far represent a significant commitment but that’s just the beginning. We need to ensure that as the costs of clean energy fall, countries can be more ambitious with their climate targets.”

There’s no doubt that the U.K.’s bid to become the first industrialized nation to abandon coal-fired electricity sends a strong signal ahead of the UN Climate summit in Paris. It’s just unfortunate that, overall, the U.K.’s clean energy policy appears to be discouraging further development of the lowest cost renewable technologies.