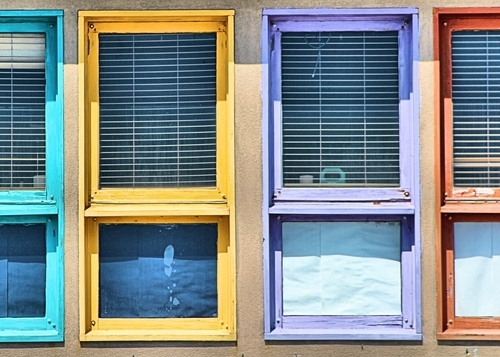 NEW YORK CITY — Researchers at the University of California, Los Angeles have developed a transparent film that may be affixed to glass and other surfaces to capture sunlight and generate electricity.

The film is suitable for windows in highrise buildings, car sunroofs and consumer electronics such as the back of Apple Inc.’s iPad, Yang Yang, a professor at UCLA’s California NanoSystems Institute, said in an interview yesterday.

The film may eventually be sprayed on to surfaces, a low- cost process that would bring cheap solar energy to a broad range of new products, he said. This technique would make solar systems easier to install than the rigid panels made from polysilicon or thin films that are the industry’s standard product now.

“It’s my dream that everyone’s window can be a solar panel in the future,” said Yang. “It could be potentially very cheap.”

The team’s polymer solar cell converts infrared light, which is invisible to the human eye, into an electrical current. The technology uses silver nanowires about 0.1 microns thick, about one-thousandth the width of a human hair, and titanium dioxide nanoparticles as an electrode with a near-infrared light-sensitive polymer.

The cell is less efficient than commercial solar products available now. It converts about 4 percent of the sun’s energy into electricity. First Solar reported conversion efficiency of 12.4 percent in the first quarter. Yang said his team has tested films that yielded as much as 11 percent, and aims to push higher.

He eventually envisions robots spraying the plastic film onto surfaces, much like the painting processes in auto factories now.

The substance is currently applied to glass and will also work on any smooth flat surfaces, such as consumer electronic devices that may be recharged by the sun. It’s not yet suitable for the screen of an iPad, because the film may interfere with the touch-sensitive screen, he said.

“Our idea is to fabricate the device such that it could be a transparent film like Scotch Tape,” said Yang.

He estimated that the film may eventually be installed for about $10 to $15 for an average home window, though a marketable product is still several years away. The idea is attracting commercial interest and he said he’s been contacted by “several companies” that he wouldn’t name.

Prices for conventional silicon-based solar panels have fallen more than 40 percent in the past year to about 77 cents a watt, due to an oversupplied market. That helped push several solar technology startups out of business, including Konarka Technologies Inc., which developed a similar, transparent, solar polymer that may be attached to glass and other surfaces.

“I’m confident that someone, if not me, will bring this to the market and we will all benefit,” he said.