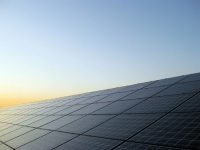 To paraphrase Mark Twain, the reports of the clean tech sector’s demise are much exaggerated. True, it has encountered difficulties, with the bankruptcy of Solyndra often cited as an indicator that the sector represents an artificial bubble, sustainable only with government support. Such a characterization, whether based on Solyndra or the troubles encountered by other recipients of federal loan guarantees, such as the battery maker Ener1, is overly simplistic. Any emerging market will experience growth problems and will have winners and losers. And the losers’ problems do not necessarily indicate the absence of a long-term market. Were that the case, the loss of Palm and Handspring would mean that the smart phone market is not sustainable, which is manifestly not the case.

The clean tech sector is undeniably faced with many challenges.  The emergence of low cost natural gas and the curtailment in federal government incentives will make it more difficult to argue the economic case for many renewable energy projects.  For example, the expiration of the production tax credit for wind projects at the end of this year is expected to result in a sharp drop in annual wind energy installations, from 8 to 10.5 gigawatts in 2012 to 1 to 1.5 gigawatts in 2013.  Also, the venture capital community’s realization that many clean tech businesses entail long, capital-intensive gestation periods has led to a retrenchment in its funding of early stage companies.

These issues should not obscure the industry’s achievements to date, and the foundations it has laid to support its future growth.  To take the case of solar energy, the plummeting cost of solar photovoltaic installations has led to an explosion in the total installed solar capacity in the United States, from 500 megawatts in 2007, to nearly 4,000 megawatts in 2011.  This growth has occurred both in residential and non-residential distributed solar installations, as well as in utility-scale projects.  At a $4.00 per watt total installed cost, a threshold reached for many businesses and for some residential customers in 2011, as much as 46 billion kilowatts of our electricity consumption could be economically served by distributed solar.  This would represent a market more than eight times larger than the 2011 installed capacity.

With these projections, it is not surprising that FoxConn, the world’s largest contract manufacturer, announced its entry into the solar panel manufacturing market, counterbalancing the Solyndra story.  In fact, Solyndra’s demise can be largely attributed to its competitors’ success in driving down the cost of conventional photovoltaic panels, rather than to some inherent economic or other problem with renewable energy.

Solar’s opportunity to continue to grow as an energy source should be realized for a number of reasons.  First, thanks to the attractive returns solar offers, a robust financing market has developed for solar projects, which has led to the emergence of companies such as Sungevity and SunRun.  By offering lease financing or power purchase arrangements, these companies allow electricity users to avoid the burden of a solar installation’s upfront capital costs, and these financing arrangements often will entail monthly payments that are less than conventional energy bills.  This has, and will continue to, facilitate electricity users’ decision to turn to solar.  Similarly, the launch of commercial property assessed clean energy (PACE) programs in various jurisdictions, such as San Francisco, Los Angeles and Sacramento, should speed the adoption of solar and other clean tech technologies.

Second, while federal government funding is in decline, the government is still playing a role in fostering the adoption of solar and other renewable energy sources.  Notably, the implementation of renewable energy portfolio standards by the majority of the states should ensure utilities’ support for utility scale solar projects and the deployment of distributed solar installations.

Third, while venture capital firms may shy away from capital intensive clean tech opportunities, other players, particularly large strategics and private equity firms, have emerged that can carry some of the financing burden.  A notable example is Total, the French energy giant, which purchased a major stake in SunPower Corp. and has provided SunPower with the financial muscle needed to grow its business.  Recently, Total and SunPower announced the commissioning of a new photovoltaic solar panel plant that will produce approximately 150,000 high efficiency solar panels annually.  Warren Buffett, through MidAmerican Energy recently invested $2 billion in a solar farm.  On the private equity front, Kohlberg, Kravis & Roberts teamed with Google in late 2011, to make a significant investment in three solar farms under development in the Sacramento area.

While the clean tech sector is confronted with a range of challenges, such as the need to develop cost-effective battery storage solutions for utility scale solar projects, it nevertheless has enough positive attributes that its economic significance should continue to grow.