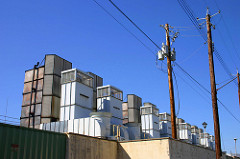 About a month ago, legislators for the District of Columbia introduced a bill that, if passed, could revolutionize how utilities deliver power to customers.  The bill is known as the Distributed Energy Resources Authority Act. It would establish an independent body that ensures DC utilities look at non-wires alternatives whenever they propose to spend more than $25M on construction to expand capacity or enhance reliability. The independent body would determine if any of the capacity or reliability requirements could be met with energy efficiency, demand response or distributed energy resources (DERs) like solar and storage.

Tony Clifford is CEO of Standard Solar, a company that has installed multiple megawatts of solar in the District of Columbia and he offered some context.

According to Clifford, Washington, DC has been a leader in clean energy for some time. For example, the city is the only LEED Platinum-certified city in the world.

“They have all sorts of solar and other renewable attributes,” he said.

On the other hand, the city is plagued with an aging grid that is desperately in need of updating.

As an example, Clifford said that in 2008, Standard Solar installed a 205-kW solar array on the headquarters of the Department of Energy and at the time the utility, Pepco, was very worried about overloading the grid.

“So we had to do a lot of gymnastics to show that we would never be exporting power to the grid,” said Clifford.

That was 10 years ago and not much has changed other than “empty platitudes and pilot projects” according to a source that is close to the matter.

The new legislation would mean that the “black box” of electricity data would now be accessible to third-parties who could bid on projects that the utility is proposing to solve grid problems. For example, there is currently a $720M infrastructure proposal on the table. Pepco says it needs to install three new substations around the city and make other important upgrades to the grid to keep it functioning. If approved, Pepco would “rate-base” that capital expenditure, which means that anyone who pays a utility bill would pay for the improvements.

If the DER Authority Act were to pass, however, that $720M would be compared to a non-wires alternative. In other words, third-parties would have a look at the electricity data and see if they could solve the problem through DER solutions, like rooftop and community solar, energy storage, energy efficiency, demand response and more.

And while it would seem an obvious conclusion that the utility had already explored those solutions, it simply doesn’t function that way.

“Now we’re saying that you have to think about distribution of power differently. Because we need to move away from centralized power, from poles and wires, and move to DERs,” said the source.

“I don’t think culturally that entities that have done the same things for 100 years are able to turn that big huge battleship around. I think it’s just really hard.”

“[Pepco] could have moved forward on this on their own 3 or 4 years ago and they chose not to,” he said.

The legislation could be up for a vote as early as this summer.

Related: Renewable Energy and DERs Are a Better Deal than New Gas Generation Almost Every Time