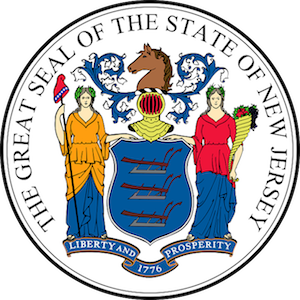 Clean energy advocates rejoiced as legislation was passed today in New Jersey that will support the development of a massive amount of renewable energy, specifically community solar, energy storage, offshore wind and energy efficiency. The bill also props up nuclear power in the state with the establishment of zero-emission certificates.A-3723 – the Renewable Energy bill – takes several critical steps to improve and expand New Jersey’s renewable energy programs. Programs include:

“Today Governor Murphy sent an unambiguous signal that New Jersey is ready for clean energy investment that will lead to good jobs and a more prosperous economy,” said Tom Kiernan, CEO of AWEA.

AWEA said in a statement that New Jersey has now become an energy policy leader joining a group of states with 50 percent or greater renewable energy standards, including California, New York, Oregon, Hawaii, Vermont and the District of Columbia. Momentum is growing with several other 50 percent RPS (renewable portfolio standard) policies under consideration in Maryland, Delaware and states in New England.

These policy targets are achievable and attract economic growth to states that pass them because renewable energy, including wind power, has become mainstream and increasingly competitive with advancements in technology and falling costs.

Offshore wind’s ability to reliably generate large amounts of clean energy near major cities means it is poised to scale up in coastal states like New Jersey. At 3.5 GW, the state’s new offshore wind commitment is the highest in the nation.

The legislation directs the state Board of Public Utilities to study the benefits and costs of energy storage, and to develop a plan to attract energy storage companies to New Jersey.

This effort to increase energy storage capacity in New Jersey will help lower costs for ratepayers and integrate more wind, solar power and distributed energy onto the grid, said the ESA. In addition, this storage will provide back-up power to critical facilities and enhance the resiliency of the grid during hurricanes and other extreme weather events.