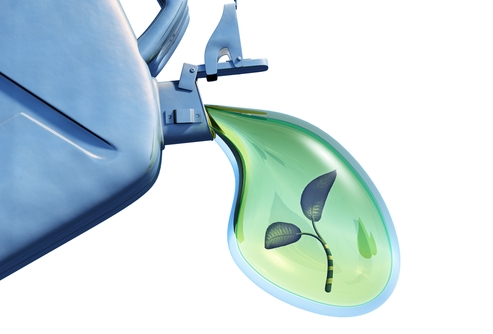 Clariant AG said it’s prepared to take on a partner and help fund a second-generation bioethanol plant to prove the effectiveness of its biotechnology and compete against Royal DSM NV and Novozymes A/S.

Clariant, based in Muttenz, Switzerland, is testing its own technology for converting crop waste into biofuel at the company’s research center in Munich, and the results are “looking very good,” Chief Financial Officer Patrick Jany said in a telephone interview today.

“We’re now indeed reflecting on how to commercialize the technology, probably with a partner,” said Jany, a former executive at drug developer Sandoz.

After years of restructuring, Clariant is expanding into more-profitable products, leveraging research and technology inherited in the $2.5 billion purchase of catalyst maker Sued- Chemie in 2011. Business-unit leaders are being encouraged to spot research opportunities alongside cost-cutting ones, and there will be a “progressive” release of new products in coming years, Jany said.

The company will update investors later this year on biotechnology and possible future products for industries such as personal-care items to agriculture and to oil and gas extractors, according to the CFO.

Reorganizing its product line will help Clariant increase margins in 2013 as well as boost sales in local currencies, the company reiterated today in a statement.

First-quarter earnings before interest, taxes, depreciation and amortization and one-time items held steady at 209 million Swiss francs ($223 million), driven by expansion in Latin America as well as a boost from a cold snap in Europe and North America that bolstered demand for de-icers. Analysts predicted 202 million francs in earnings.

The company is selling three commodity-chemical units generating $1.3 billion in sales to buyout firm SK Capital Partners LP. The disposal will be completed at the end of September, once New York-based SK Capital has the licenses and antitrust-related paperwork in place, Jany said.

Emboldened by that sale, Chief Executive Officer Hariolf Kottmann is pushing ahead with the divestment of leather and detergent units. In a first stage, information documents have been sent out to potential buyers in the industry to drum up interest, Jany said in the interview. Greenhill & Co. is advising on the transaction, two people familiar with the process said in February.

Among remaining units, Clariant needs “to do its homework” to improve a small water-treatment business in South Africa that came with the Sued-Chemie purchase, according to the CFO. Clariant’s strategy is similar to moves by competitors Kemira Oyj, BASF SE and Ashland Inc. to restructure water- chemical divisions to offset weaker demand from cash-strapped municipalities.

Clariant remains confident about the prospects of a plastic-additives division, and there are signs that some markets are improving, Jany said. Dow Chemical Co. has put its plastics-additives business up for sale as part of a $1.5 billion disposal program, and BASF is cutting jobs in that area.

“After restructuring in 2009 and 2010, we have a good cost position and portfolio” in plastic additives, Jany said. “We’re not discontented with it at all.”