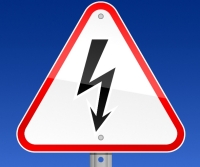 BEIJING — Industry leaders and experts were all positive concerning the future of Hainan province’s electric vehicles market at the 2012 Global New Energy Vehicle Conference (GNEV) held in Boao and Haikou, two cities in Hainan province, China in January. Experts highlighted the challenges and opportunities of making the province an electric vehicle demonstration island, and said further research in tandem with favorable government policies is necessary.

The province is expected to improve its infrastructure for energy conversation and electric vehicles with the construction of 14 specialty charging stations, 30 charging and battery swap stations, 3,000 charging poles and 24 simple charging stations by 2013 according to Chen Wanxin, vice director of the province’s Department of Industry and Information Technology. These would serve an estimated 10,000 electric vehicles driven on the province’s roads by the year 2015, saving 7.8 million liters of fuel annually. This ambitious 10,000-vehicle goal is half the number of new energy vehicles on all of China’s roads today, and is quite likely to make Hainan hold highest density of such vehicles.

Wang Lu, vice chairman of Chinese People’s Political Consultative Conference of Hainan province, said at the opening ceremony that the province sees growth of the electric vehicles sector as one of its key strategies for the province’s overall long-term growth as the sector will give a strong boost to the local economy. He continued that Hainan is in the process of building an automotive industrial park led by FAW Haima, where several advanced core technologies related to electric vehicles, batteries, drive motors and electrical controls will be introduced along with the research and development of technical metrics for industry standardization. This is set to push forward the commercial use and industrialization of plug-in pure electric vehicles. Additionally, the province plans for a 2.7 million square meter area allocated to the automobile industry in the Lingao Jinpaigang Industrial Zone located in the northwestern part of the province, and a 330,000 square meter plot of land for development of electric vehicles in Wanning, a town along the province’s southeastern coast.

According to the province’s energy conservation and electic vehicles demonstration program, Haikou is to be developed into a leading research, development, manufacturing and testing center for energy-saving and electric vehicles by 2015. The vehicles are on track be widely adopted by the local public transportation system and other sectors including government cars. Moreover, the use of electric vehicles is also in line with the environmental requirements of the province’s goal of becoming an international tourism island.

Notably, many domestic carmakers were generally optimistic about the province’s electric vehicles market, with some of them having already made their move. Haima, the only complete vehicles maker in the province, has been developing electric vehicles for six years (since 2006). Jiang Min, an engineer at the Product Planning, Technological Research Center of JAC, a Chinese state-owned carmaker, said that Hainan province already has all the right elements in place for the development of an electric vehicle industry. In addition, other carmakers have said they will consider making commercial investments and establishing facilities there with a focus on public transport and tourism buses once the government firms up and reveals a transparent blueprint for support of the industry.