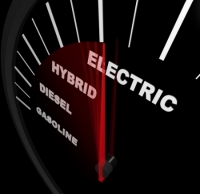 BEIJING — China’s Guangdong province has officially released the Development Plan for Strategic Emerging Industries during the 12th five-year period (2011-2015). China has become the world’s largest producer and consumer of vehicles. At the end of 2011, there were more than 100 million cars on the country’s roads, and the figure is expected to reach 150 million units by 2020. The requirements for energy efficiency and emission reduction have made it essential to achieve progress for electric vehicles.

According to the plan, Guangdong province will pull out all the stops to develop its electric vehicle industry and boost annual production capacity to more than 200,000 units by 2015. Its focus will be on the development of plug-in hybrid, pure electric and hybrid buses and vans, while the development of special purpose electric, next-generation light pure electric and LNG vehicles will also be encouraged. In addition, the province will provide support for new energy vehicle manufacturers and related projects in obtaining national approvals and in meeting standards for admittance into relevant industries.

Furthermore, Guangdong will accelerate construction of charging and maintenance infrastructure, while exploring new business models such as leasing. The province will also work on the establishment of local energy efficiency and emission standards.

In order to support the development of the electric vehicle industry, the province will invest RMB15.3 billion (approx US$2.4 billion) to carry out 12 specific initiatives, mainly in the Pearl River Delta region. The largest investment will be in Zhuhai Yintong Energy’s project to produce 1 billion high-performance lithium iron phosphate and lithium titanate batteries, 10,000 new energy buses (e.g. pure electric, hybrid and LNG) and 100,000 powertrains per year by 2015.

Currently, Guangdong’s production of electric vehicle batteries accounts for 40 percent of China’s total. Some hybrid, pure electric and LNG buses have already gone into mass production in the province.