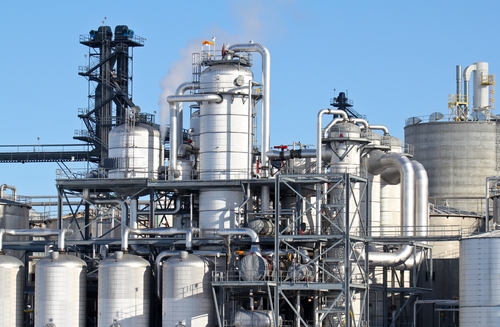 SAN FRANCISCO — Cellulosic biofuel companies will boost production almost 20-fold in 2013 as the first high-volume refineries go into operation, signaling a shift from an experimental fuel into a commercially viable industry.

Production of the fuel made from crop waste, wood chips, household trash and other non-food organic sources will reach 9.6 million gallons (36 million liters) in 2013, up from less than 500,000 gallons this year, according to data compiled by the U.S. Energy Information Administration and obtained by Bloomberg News.

That gain will leave the industry short of the government’s target for 1 billion gallons that gasoline and diesel producers are expected to blend into their products next year under a federal energy regulation. The industry may not meet those targets for another five years, and companies from Kior Inc. to Abengoa SA are closing the gap.

Kior opened the first commercial cellulosic biofuel plant in the U.S. in October and will break ground early next year on its second facility, which will be able to produce about 40 million gallons a year, Kate Perez, a spokeswoman, said in an e- mail yesterday. “We believe that there will be ample opportunity in this space for many years to come,” she said.

At least four more companies expect to open refineries by the end of next year and two additional plants are scheduled to begin production the following year. They probably won’t make enough fuel to meet the 2014 targets, and the industry will “catch up in the next three to five years” to the requirements, said Adam Monroe, North America president for Novozymes A/S, the Danish company that supplies ethanol companies with enzymes.

“We’ve moved beyond lab and pilot and we’re now into commercial phase,” Monroe said in an interview. “You’re seeing the commercialization and the first wave of plants coming on.”

Kior’s Columbus, Mississippi, plant will eventually be able to make as much as 13 million gallons a year. Ineos Bio’s plant in Vero Beach, Florida, is due to go into operation this year with annual production capacity of 8 million gallons. Both will run at about 50 percent of capacity next year, according to an Oct. 18 letter from EIA.

The EIA didn’t include these facilities’ expected output in the 2013 forecast in its letter.

DuPont Co. is scheduled to open a facility in 2014 with annual capacity of 30 million gallons and Chemtex International, a unit of the Italian chemical company company Gruppo Mossi & Ghisolfi will open one with 20 million gallons

The gap between the RFS requirements and the industry’s actual output prompted oil and gas trade groups to call for the policy to be repealed. The American Petroleum Institute filed a lawsuit in September calling the requirement unrealistic and unfair, and said Nov. 27 that the RFS is “unworkable” and should be repealed by Congress. The House of Representatives is considering a bill that would limit the EPA’s authority to set cellulosic biofuel targets.

He compared the industry to standard, corn-based ethanol, which surged in production from 2005 to 2008. The RFS caps its requirement for corn ethanol at 15 billion gallons a year and the fuel has “almost completed in its mission,” he said.