Researchers at Chalmers University of Technology have discovered that the insulation plastic used in high-voltage cables can withstand a 26 per cent higher voltage if nanometer-sized carbon balls are added. This could result in enormous efficiency gains in the power grids of the future, which are needed to achieve a sustainable energy system.

The renewable energy sources of tomorrow will often be found far away from the end user. Wind turbines, for example, are most effective when placed out at sea. Solar energy will have the greatest impact on the European energy system if focus is on transport of solar power from North Africa and Southern Europe to Northern Europe. 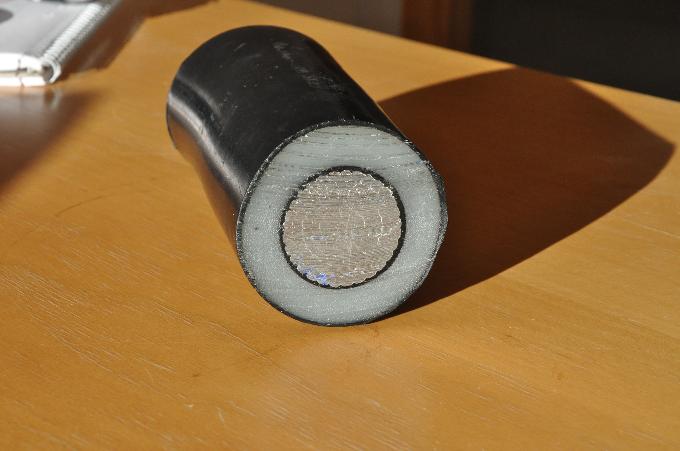 “Reducing energy losses during electric power transmission is one of the most important factors for the energy systems of the future,” says Chalmers researcher Christian Müller. “The other two are development of renewable energy sources and technologies for energy storage.”

Together with colleagues from Chalmers University of Technology and the company Borealis in Sweden, he has found a powerful method for reducing energy losses in alternating current cables.  The results were recently published in Advanced Materials, a highly ranked scientific journal.

The researchers have shown that different variants of the C60 carbon ball, a nanomaterial in the fullerene molecular group, provide strong protection against breakdown of the insulation plastic used in high-voltage cables. Today the voltage in the cables has to be limited to prevent the insulation layer from getting damaged. The higher the voltage the more electrons can leak out into the insulation material, a process which leads to breakdown. 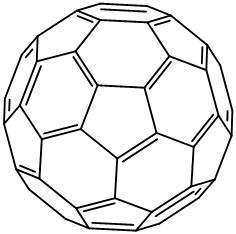 The C60 carbon ball consists of 60 carbon atoms that are placed so that the molecule resembles a nanometer-sized football. Credit: Christian Müller

The C60 carbon ball is also called buckminsterfullerene. It consists of 60 carbon atoms that are placed so that the molecule resembles a nanometer-sized football. C60 is included in the fullerene molecular class. Fullerenes were discovered in 1985, which resulted in the Nobel Prize in Chemistry in 1996. They have unique electronic qualities and have been regarded as very promising material for several applications. Thus far, however, there have been few industrial usage areas. Fullerenes are one of the five forms of pure carbon that exist. The other four are graphite, graphene/carbon nanotubes, diamond and amorphous carbon, for example soot.

It is sufficient to add very small amounts of fullerene to the insulation plastic for it to withstand a voltage that is 26 percent higher, without the material breaking down, than the voltage that plastic without the additive can withstand.

“Being able to increase the voltage to this extent would result in enormous efficiency gains in power transmission all over the world,” says Christian Müller. “A major issue in the industry is how transmission efficiency can be improved without making the power cables thicker, since they are already very heavy and difficult to handle.”

Using additives to protect the insulation plastic has been a known concept since the 1970s, but until now it has been unknown exactly what and how much to add. Consequently, additives are currently not used at all for the purpose, and the insulation material is manufactured with the highest possible degree of chemical purity.

In recent years, other researchers have experimented with fullerenes in the electrically conductive parts of high-voltage cables. Until now, though, it has been unknown that the substance can be beneficial for the insulation material. 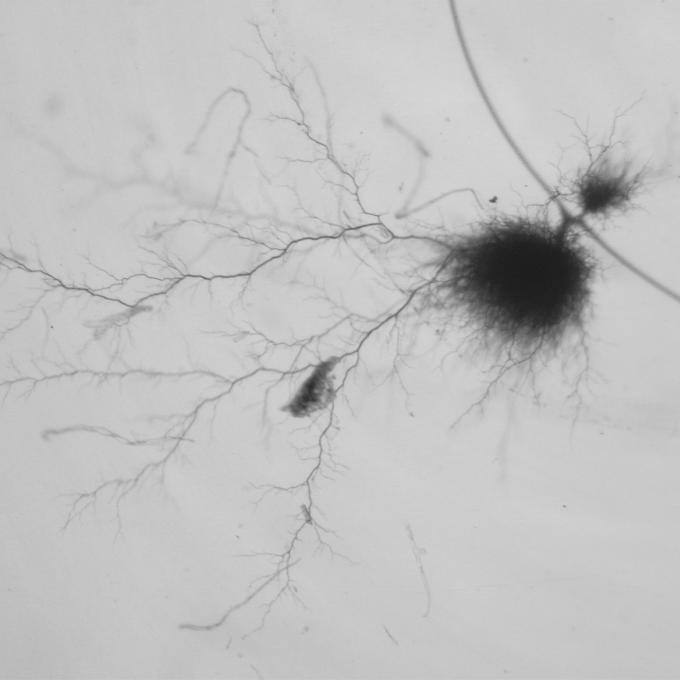 An electrical tree, which is a major electrical breakdown mechanism of insulation plastic. Fullerenes prevent electrical trees from forming by capturing electrons that would otherwise destroy chemical bonds in the plastic. Credit: Anette Johansson and Markus Jarvid

The Chalmers researchers have now demonstrated that fullerenes are the best voltage stabilizers identified for insulation plastic thus far. This means they have a hitherto unsurpassed ability to capture electrons and thus protect other molecules from being destroyed by the electrons.

To arrive at these findings, the researchers tested a number of molecules that are also used within organic solar cell research at Chalmers. The molecules were tested using several different methods, and were added to pieces of insulation plastic used for high-voltage cables. The pieces of plastic were then subjected to an increasing electric field until they crackled. Fullerenes turned out to be the type of additive that most effectively protects the insulation plastic.