American electric utilities are creations of the 20th century, depending heavily on their protected monopolies to deliver economical electricity. But the growth in energy efficiency, cost-effective distributed energy like solar, and sophisticated tools for energy management (like smartphone apps) have introduced many competitive pressures.

Can we expect electric utilities to embrace the energy system of the future?

Arnie Arnesen interviewed ILSR’s Director of Democratic Energy John Farrell on WNHN’s The Attitude in March 2015, seeking an answer to this question.

LISTEN TO THE INTERVIEW

Arnie and John discussed the hesitance of utilities to embrace innovation and new, clean technology. In many states, utilities are fighting back against clean, local energy by fighting rules like net metering and proposing taxes and fees on solar producers. 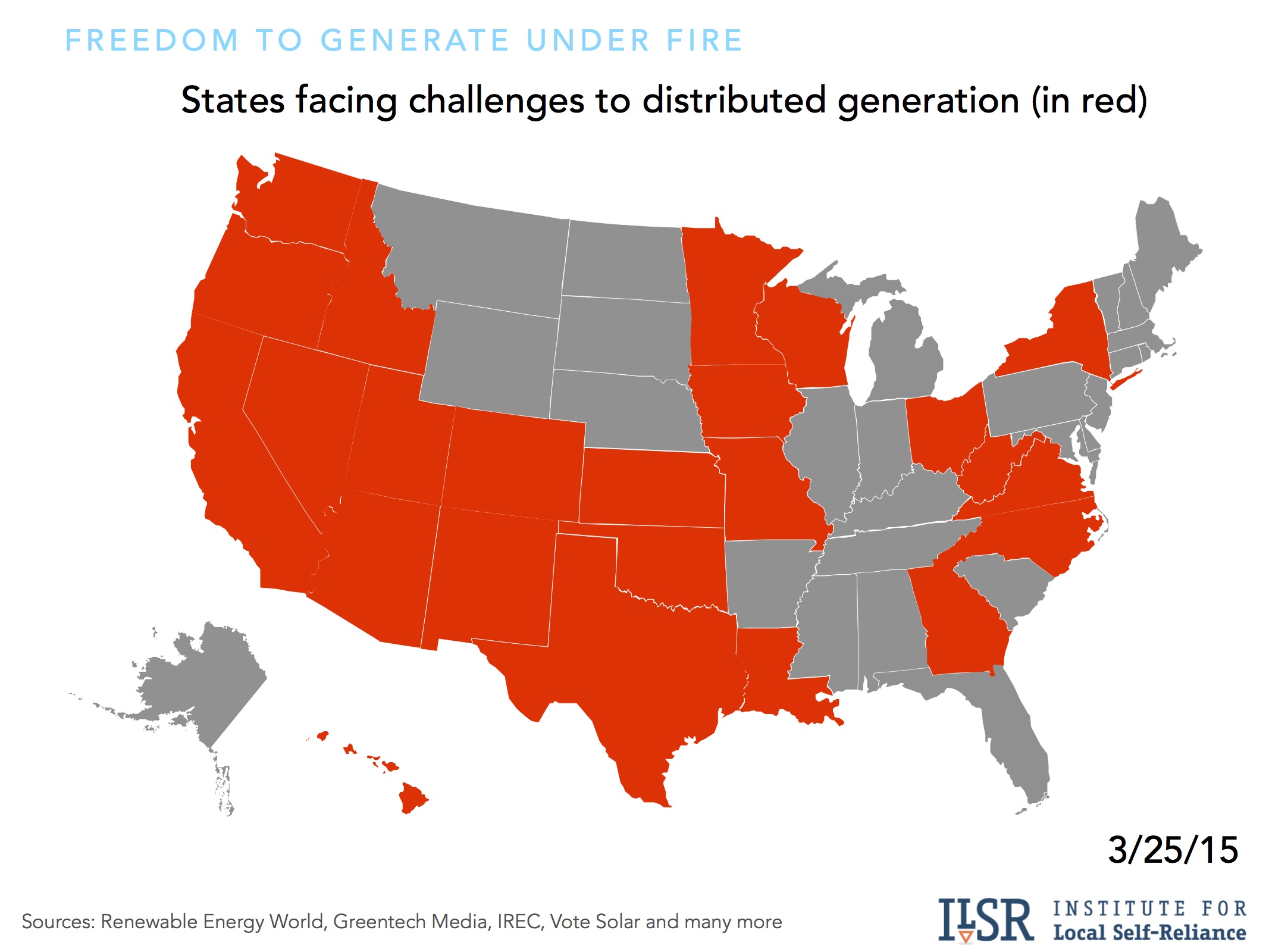 John suggested that we can’t expect better if the rules of the system remain mired in the 20th century.

Utilities have been given monopolies and the charge of delivering reliable, affordable power. They’ve done that job effectively, to the exclusion of anything else, and the decades of inertia make it hard for utilities to change.

John shared an anecdote from his recent trip to Tucson, where a utility employee noted that their conservative institution doesn’t innovate, doesn’t do “beta tests.” The utility in question gets 80% of its electricity from coal, despite being in the sunniest climate in the United States.

The utilities are reluctant to change because the old rules meant they made money from the old habits: selling more energy and building more (dirty) power plants. But what many utilities don’t realize is that change isn’t optional, because the old way can’t be profitable anymore.

Electric utilities are used to having centralized control over the grid system, but it’s a monopoly that no longer makes sense. We no longer need to concentrate capital to build power plants because they can be built on rooftops and parking lots and open fields wherever there’s sun and wind. But we do need a facilitator to make sure that the grid infrastructure—the valuable network connecting all of these energy producers—can allow electric customers to transact with each other (perhaps instead of the utility).

How do we Change the Rules?

Utilities will have to operate under new rules to move from centralized utility control to energy democracy. These rules will get them out of the business of selling electricity or building power plants and into the business of operating a public network for electricity system participants to transact with each other: a market.

Several states are already piloting these concepts, from Maine to California to New York. The basic premise is that the utility monopoly must be broken up, but primarily its monopoly over the distribution system—the network of poles and wires serving our neighborhoods. It’s on this network that innovation will be unleashed by customers with rooftop solar, electric vehicles, energy efficiency, and energy storage. But only if the electric utility doesn’t get in the way.