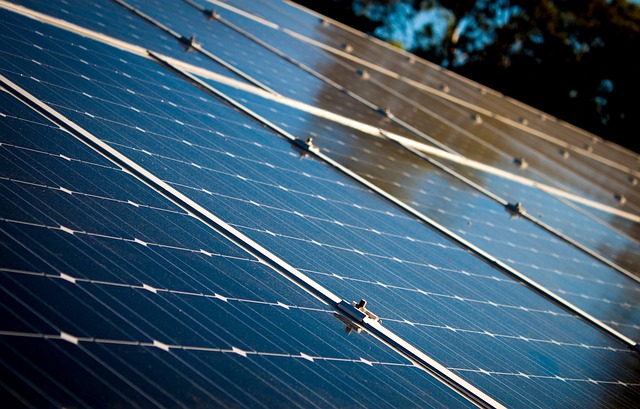 The devastating California wildfires and related power outages are already leading to new approaches to energy resiliency that rely on battery storage technologies.

Millions of people in the state have had their electricity cut over the last month due to preventative utility shut-offs. Even if the shut-offs could be justified to avoid starting more fires, the ability of the utilities in these affected areas to supply reliable power to their customers is now in doubt.

The impacts of the shut-offs have been dramatic―hospitals without power had to be evacuated, people at home with critical medical equipment were placed at risk without power to run these devices (one person has died), and over $2.5 billion in business losses accrued due to outages―all pointing to an energy system in collapse.

Clean Energy Group (CEG) and many solar and storage companies have been advocating for more aggressive reliance on distributed solar and battery storage systems in critical facilities throughout the state. But two lingering problems remain in California and elsewhere – obstinate utilities that slow-walk interconnecting such systems, and the lack of an integrated policy approach to power resiliency state-wide.

This past week, a new model has emerged to accelerate the adoption of solar and storage systems for resiliency. Four local energy providers―three Community Choice Aggregators (CCAs) and one municipal utility in the greater San Francisco area―have issued a solicitation for more than 30 megawatts of new battery storage paired with solar for resiliency purposes in their communities. The groups say that their solicitation “includes goals of supporting low-income residents, customers with life-dependent medical equipment, and residents and businesses located in disadvantaged communities.”

The solicitation also notes that it is building this model based on a peaker replacement strategy adopted in Oakland over this summer. CEG has written about this innovative market solution for solar and storage: the residential solar+storage company Sunrun was selected to install solar and battery storage at multiple affordable housing properties to provide reliable electricity capacity for the replacement of an aging jet-fuel peaker plant. (CEG hosted a webinar featuring Sunrun and the city of Oakland on the peaker project there.) Along with providing peak power services, the solar and storage systems installed under this Oakland solicitation would deliver backup power to keep critical services running for residents during an outage.

Crises have a way of amplifying flaws in a system and upending the established order; and they often lead to innovations in technology. That is happening now in California. The innovation that will answer this need is distributed, clean, resilient power. The technology has arrived, in the form of solar+storage; and the procurement model that was pioneered for peaker replacement in Oakland could now become a new method of resilient power adoption implemented at a local community level for the rest of the state.

Monopoly utilities have failed to provide resilient power. At the same time, they often block aggressive uptake of innovative, distributed resources such as solar and battery storage. For these reasons, new procurement structures that circumvent  utility obstruction can be key to allowing communities to access resilient power. To our knowledge, the model being pioneered in California is an entirely new, community-based structure to solicit resiliency resources, outside of the conventional utility model. Such an approach is something that should be explored throughout California and in other states.

This development comes amidst a dramatic increase in consumer demand for residential solar and storage in the wake of these massive utility blackouts. An industry CEO recently remarked, “There’s been a heightened desire by consumers to take control and not rely solely upon local utilities.” This uptick raises again the debate about whether people will buy these technologies for environmental purposes only, or whether other reasons―such as energy security, health, and economic benefits―will be more important

While policy mandates are critical for massive adoption, the California shut-offs add data to answer that question. What we have is a new empirical experiment in California in the last month that suggests customer demand for reliable power solutions might be more intense and durable if the technologies provide benefits to customers in their daily lives.

That is, solar and storage now is a reliable source of power that can keep customers online when the grid goes down. In the face of increasing threats from climate change and the vulnerability of our century-old power grid, resilient power is proving to be an invaluable need. It benefits the customers directly, and that is critical to longer term market growth of clean energy.

(It is also consistent with standard disruptive innovation business theory – that customers will go for new technology if it “does a job better” than the status quo. More and more customers in California are finding that solar and storage can now do a more reliable job than the monopoly utility.)

These applications of distributed solar and battery storage in California to remedy the failures of the grid are critically important and a key model to follow elsewhere.