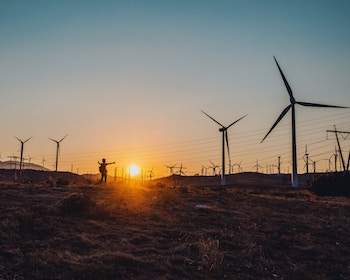 Sarah Kozal, an attorney at Stoel Rives in Sacramento said the bill includes provisions for the utilization of zero-carbon electricity, which can include large hydropower plants and gas-fired plants that use carbon capture, which she said allows California to sustain a diversified fleet and maintain a reliable system more easily. However, she added that opponents worry about increasing electricity costs and reliability issues.

Environmental advocates and proponents of the bill rejoiced at the news.

“We are already seeing the impacts of climate change. Our state is burning, our seas are rising and our air quality is getting worse. We need to take steps now to stave off climate change before it’s too late. SB100 is a step in the right direction,” said Dan Jacobson, Director of Environment California in a statement.

“California has long been the home of big thinkers, innovators, and change-makers, and with SB100 we’ll be unleashing that entrepreneurial spirit to solve the existential challenge of climate change,” said Adam Browning, Executive Director of Vote Solar in a statement. “Together we can and must build a 21st-century energy economy that benefits everyone. Let the nation and the world take note: a bright, prosperous and 100 percent clean energy future is 100 percent possible.”

“California just became the largest economy in the world to commit to a 100 percent clean energy grid,” said Paul Cort, the Earthjustice attorney who leads the California Right to Zero campaign in a statement.

The bill now goes back to the full senate for a final vote and then goes to Governor Brown for signature.