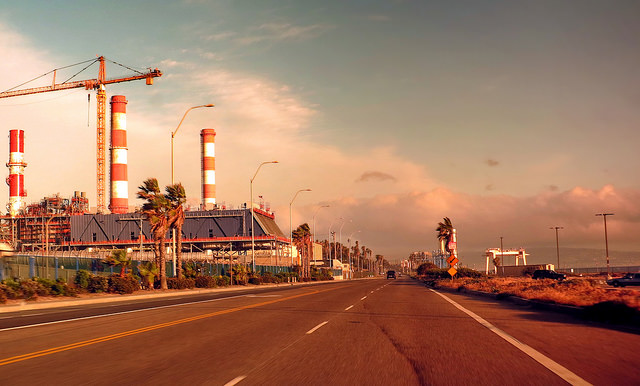 This week, Los Angeles Mayor Eric Garcetti announced that rather than investing in the Haynes, Harbor and Scattergood natural gas power plants to meet the requirements of a 2010 law related to a practice known as once through cooling, the Los Angeles Department of Water and Power (LADWP) will phase them out in favor of renewable energy.

The decision to phase out the units — which together represent 38 percent of the city’s current natural gas portfolio — by 2029 will put the city on track to meet its carbon-neutral target of 2050, said the Mayor in a statement.

“This is the beginning of the end of natural gas in Los Angeles,” said Mayor Garcetti. “The climate crisis demands that we move more quickly to end dependence on fossil fuel, and that’s what today is all about.”

In order to more quickly discover clean options to replace the power generated by the three plants, Mayor Garcetti directed LADWP to shift focus from its previous Strategic Long Term Resource Plan to the current 100 percent Renewable Energy Study — a $10 million, comprehensive analysis launched in 2017 with the National Renewable Energy Laboratory to determine a feasible path to 100 percent clean energy.

“This announcement is nothing short of historic. Today’s advanced renewable energy technologies — like smart solar and energy storage — can do an even better job of powering our lives reliably, safely and affordably, all while creating local jobs and cleaning up the air,” said Bernadette Del Chiaro, executive director of the California Solar and Storage Association.

“On behalf of California’s clean energy manufacturers, software entrepreneurs, contractors and builders, we applaud Mayor Garcetti’s and LADWP’s leadership and look forward to working together in harnessing all of our abundant sunshine into clean energy.”

Once completed, LAWDP’s decision to close the plants will reduce California’s greenhouse gas emissions by 2 million metric tons annually, equivalent to taking 425,000 vehicles off the road.

Tim O’Connor, Senior Director of the California Energy Program for the Environmental Defense Fund added that “the fact that the nation’s largest municipal electric utility is making this commitment shows how real the opportunities are for utilities across the country to invest more in clean energy alternatives today.”

The future of atural gas, wind, solar and other renewable energy technologies are always on the agenda at POWERGEN International.