The California Energy Commission (CEC) recently approved and released the 2016 Integrated Energy Policy Report Update and commented on the report in a blog post. In addition to impressive statistics on California’s energy progress, the report includes several policy recommendations around distributed energy in California.

#1: The transportation sector is the largest contributor of GHG emissions in California, accounting for roughly 37 percent of statewide emissions in 2014. To achieve the 2030 GHG reduction goal, the state must make even more progress in the electricity sector and transform all sectors of its energy system. 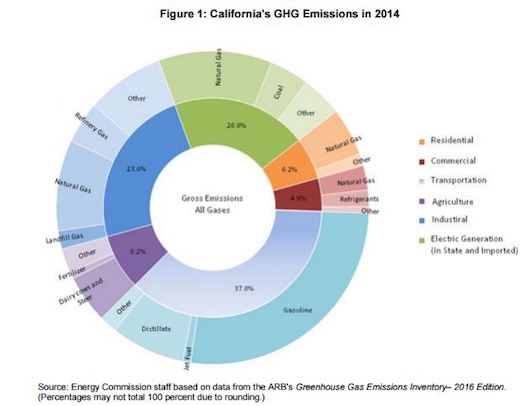 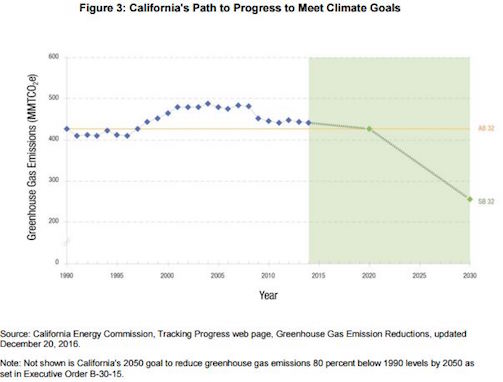 #3: Largely under the leadership of Governor Brown, in-state renewable capacity more than tripled between 2001 and 2016. Installed capacity of renewable energy in California increased from 6,800 MW in 2001 to almost 21,300 MW in 2016. Including behind-the-meter capacity (rooftop solar in California is the largest in the U.S.) and facilities smaller than 1 MW, installed capacity reached 26,300 MW by the end of 2016. 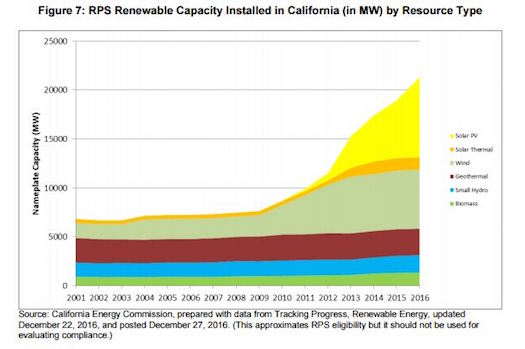 #4: The Warren-Alquist Act requires the CEC to reduce the wasteful, uneconomic, inefficient, or unnecessary consumption of energy by developing building standards, appliance standards, and energy efficiency programs. These energy efficiency efforts have saved California consumers billions of dollars since the 1970s and have held per capita energy use in the state relatively constant, while the rest of the U.S. has increased by roughly 40 percent. 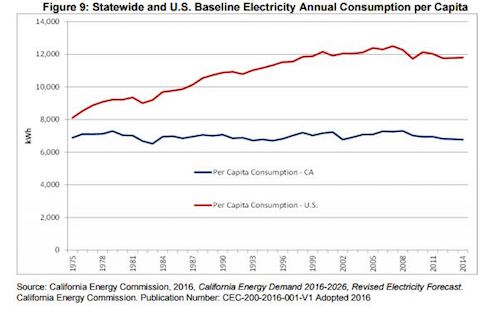 #5: California’s economy grew (as demonstrated by growth in gross domestic product, or GDP) as its GHG emissions declined over the last 25 years. 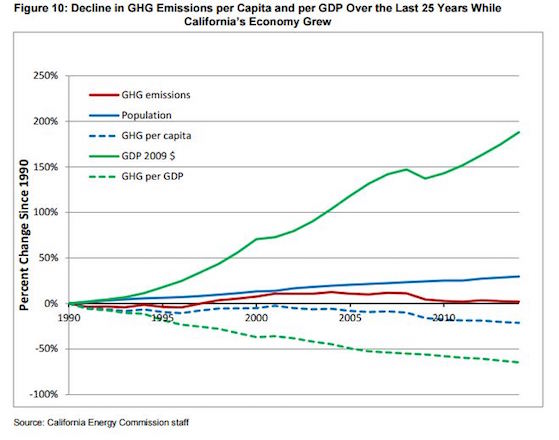 #6: California has relatively high economic output relative to its GHG emissions, and its per capita emissions are similar to those of Germany and Israel. 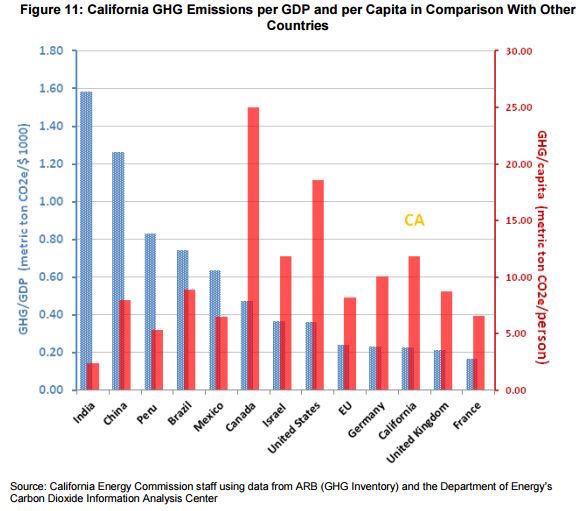