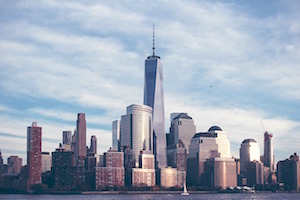 The fastest growth in energy storage is going to be in the commercial and industrial sectors, which are using storage applications innovatively to better manage renewables integration and energy efficiency, according to Anil Srivasta, CEO of Swiss energy storage solution provider Leclanché.

Addressing the plenary session at the Bloomberg 2017 Future of Energy Global Summit in New York on April 24, Srivasta added that the industry is seeing “totally new thinking toward the financing of energy storage projects by investors who are now looking at storage as a new asset class offering multiple revenue streams with large terminal value,” according to a press statement.

Leclanché said that Srivastava’s remarks summarized an expert panel’s findings on financing and investment models for grid energy storage systems. Panel moderator Yayoi Sekine, senior energy storage analyst, Bloomberg New Energy Finance, set the scene for the panel discussion by providing an overview of the energy storage sector outlining its rapid growth in a two-year period where global storage projects increased by more than 200 percent from 244 MW of storage projects commissioned in 2014 to 790 MW in 2016. She noted, however, that the number of third-party financed projects as opposed to owner-financed projects was relatively low during this period, with most following traditional financing structures, Leclanché said.

The company said that the panel concluded that energy storage has changed the accepted equations in the institutional structure of the power industry and has begun to provide meaningful solutions to major customers whose actions will have major impact on the energy establishment going forward.