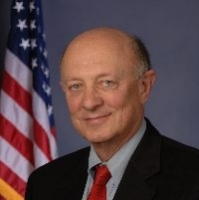 In the midst of economic meltdown and oil price declines, it is hard to remember that — for national security reasons — the need for electricity to be more reliable and secure and the strategic dangers produced by our oil dependence are just as pressing as they were before.

Cities from Gainesville to Munich are already taking bold steps to deal with such risks and to enable progress toward secure, affordable, renewable energy even during these difficult times. Florida now has an opportunity to lead the nation in this direction.

The heart of the matter lies in a twin transformation — first, substituting electricity for oil to power a growing share of our transportation and second, moving toward producing our new electricity from renewable sources. Better batteries have led both to the growth in hybrid-electric cars being converted to be “plug-ins” and to increasing interest in all-electric cars. As transportation moves toward electrification, there is an increasingly good answer to the question, “And where will all this new power come from?”

A smarter electric grid with time-of-day billing can help us avoid having transportation electrification create a need for new power plants. And happily we can at the same time improve grid resilience and encourage locally generated renewable electricity.

The key to this movement toward electricity from renewable, widely distributed sources is a program of renewable energy dividends (sometimes called “feed-in” programs), such as that recently adopted by Gainesville. At peak periods, our current electricity grid is overburdened and fragile and relies on a small number of gigantic (often highly polluting) power plants. With programs like Gainsville’s, the grid can steadily evolve into something far more secure, resilient and sustainable than it is now.

Renewable energy dividends don’t discriminate in favor of large central power plants the way some other renewable incentive programs can, because they allow small-scale producers to gain automatic access to the grid by selling whatever power they produce to the local utility at cost plus a reasonable investment of return (usually less than the allowed profit by utilities) for a 20-year period.

This encourages homeowners, businesses, farms, schools and churches to sell electricity back to the grid from rooftop solar generators, small wind turbines or biogas waste.

Because legislation secures their contracts with the utility for future purchases of all their renewable energy, small producers including homeowners are able to secure private financing to cover investment costs. This mechanism also helps renewable energy dividends provide the best value for ratepayers.

And there is no need for tax revenue or budget appropriations, as the costs of renewables are spread among ratepayers.

First, oil dependence is discouraged. Transportation is 96 percent dominated by oil. And although oil fuels only a small share of U.S. electricity production in general, in Florida oil-fired power remains a large part of production. So renewable energy dividends can help Florida deal oil a double whammy by cutting its use for Florida’s electricity production and by helping provide the power for electrifying transportation.

Second, tens of thousands of small-scale renewable electricity producers spread throughout Florida can help create a decentralized energy production system more resilient against both terrorism and accidental outages such as the one that hit a Miami substation last year and left 4 million to 5 million Floridians without power.

This program can serve as an economic engine as well. As an example, Germany introduced a renewable energy dividends (“feed-in tariffs”) in the late 1990s both to undercut Russian aggressiveness deriving from its dominance of natural gas exports to Europe and also to regenerate Eastern Germany’s shuttered manufacturing. An economic transformation ensued — 250,000 renewable manufacturing and contracting jobs were created. The renewable share of Germany’s energy market grew from 3 percent to 15 percent. Germany today is a world leader in renewable energy — deploying more solar collectors than any country in the world. The direct cost to German households is about $1 per month for solar and $3 for all renewables, but as renewables substitute for imported oil and gas it actually lowers their costs and thus benefits the German economy by $9 billion per year.

So in one program Floridians have the opportunity to reduce dependence on oil, enhance the security of the electricity grid, reduce greenhouse gas emissions and boost the local economy. What’s not to like?

R. James Woolsey is a Venture Partner with VantagePoint Venture Partners of San Bruno, California. Mr. Woolsey also currently: is the Annenberg Distinguished Visiting Fellow at the Hoover Institution at Stanford University; chairs the Strategic Advisory Group of the Washington, D.C. private equity fund, Paladin Capital Group; is a Senior Executive Advisor to the consulting firm Booz Allen Hamilton; and is Of Counsel to the Washington, D.C. office of the Boston-based law firm, Goodwin Procter. In the above capacities he specializes in a range of alternative energy and security issues.

This article was originally published on Tallahassee.com on March 10, 2009 and was reprinted with permission.