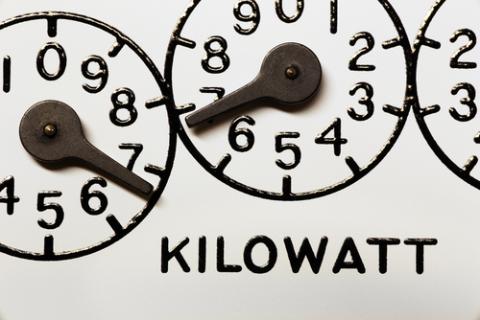 MUNICH — Warren Buffett wants to tell you the best time to wash your clothes. Or at least his energy company in the U.K does. Buffett’s Northern Powergrid Holdings Co. is working with Siemens AG to test a so-called smart grid that has the ability to control when consumer appliances will be used in the home.

Being able to better manage when electricity flows allows utilities to lower consumer costs by reducing the need for new equipment, and to better handle surges and gaps from intermittent sources such as wind and solar. The pilot program, known as the Customer-Led Network Revolution, involves just 12,000 households in the U.K. and is one of only a few such projects being tested worldwide.

“This sort of technology is really important to the future of energy,” said Vincent Thornley, head of Siemens’s U.K. smart-grid research, in an interview. “Rather than building new cable networks and putting in new transformers, we can make better use of” existing systems by using automation.

A four-year trial for the system ends this month in northeast England. It complements the $15 billion investment Buffett has already made in wind and solar power in the U.S. that he said in June he’s ready to double. His MidAmerican Energy Co. is the largest U.S. owner of wind capacity among rate-regulated utilities.

Utilities worldwide are already using smart meters to collect data on customer behavior, and some notify consumers about optimum times to use power. The 54 million-pound ($85 million) trial by Buffett’s U.K.-based system goes a step further. It gives people a choice, allowing them to either use appliances themselves at optimum times, or to let the system decide that for them.

“Customers can work with us to use their energy in a different fashion, by a range of techniques,” said Ian Lloyd, head of network technology research at Buffett’s Northern Powergrid Holdings Co. The program encourages people to use power in a way that “complements the running of the distribution network.”

In Germany, for instance, there were 1 million separate energy producers last year, up from 1,000 power plants in 1990, Lisa Davis, the head of Siemens’s energy operations, said in a Dec. 9 presentation in Berlin.

Spending on smart grids will climb to $25.5 billion in 2019 from $16.6 billion this year, according to estimates from Bloomberg New Energy Finance. China has installed about 250 million smart meters, and Europe is expected to have 185 million by the end of the decade, from about 55 million now.

Europe will more than triple spending by 2019, to $7.6 billion, mainly driven by the need to integrate renewables and utilities rolling out smart meters, said Colin McKerracher, a senior analyst on smart technologies at New Energy Finance.

“To integrate renewables in a cost-effective way, you need to integrate both grid-level technologies and end-user facing technologies,” he said in an interview.

The U.K. project, which is partly funded by the British government, is one of a handful using similar technology. Alstom SA’s Nice Grid trial in France will end in 2016, and Australia’s Ausgrid ran a A$100 million ($83 million) project.

The Northern Powergrid system was able to reduce energy consumption 10 percent at peak times by encouraging customers to use electricity when it was cheaper, while cutting overall use by 3 percent.

It may be implemented on a broader scale as soon as next year. U.K. regulator Ofgem has called on utilities to lower the cost of delivering renewable energy to customers. The technology is also generating interest from the energy division of Buffett’s Berkshire Hathaway Inc.