In Frankfurt for the Renewable Energy World Europe and Power-GEN Europe post-conference brainstorming last week, the extent to which renewable energy rests at the heart of Europe’s energy mix was brought sharply into focus.

At this regular follow-up to our major international power conference a very lively debate illustrated just how far renewable energy has come, even in the last year. And, while this may not be reflected in the continued dramatic growth rates for renewable capacity that have been witnessed in previous years, it does appear to have reached critical mass in terms of recognition and acknowledgment.

With a room full of — more or less — grizzled power engineers, many of whom have spent their entire careers in the conventional power business, it was all but unanimously agreed that renewable energy is and must be at the centre of the global energy transition — indeed this is picked up in our slogan for the 2014 conference and exhibition in Cologne — ‘Navigating the energy transition’.

Were more evidence needed, the plenary panel discussionat this year’s Renewable Energy World Europe and Power-GEN event in Vienna, Austria, also highlighted the rapidly changing energy sector and its impact on the utility business model in Europe. Moderated by the BBC’s Stephen Sackur and broadcast live, for those who did not get a chance to see it at the time it can still be viewed as a webcast here.

With an estimated 1000 years or more of power sector experience in the room for the subsequent brainstorming, it was delightful to see a call emerge from the advisory board members for more renewable energy coverage in forthcoming events. And this also implies still closer ties between the two conferences. It seems that no longer are renewables a peripheral story to the thermal conventional power main event — far from it. Today power generation is the business of renewables and it’s here to stay. 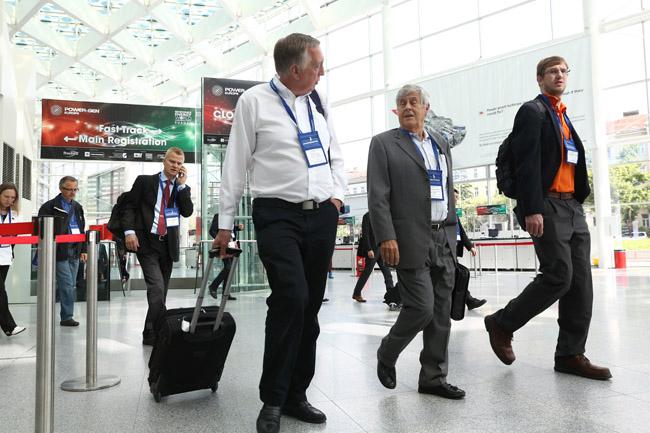 What’s more, this will continue to be reflected into our conference content with more papers and presentations on renewable energy integration, the role of renewables in energy policy, markets and finance and the strategic approaches that can be adopted to navigate this dynamic and changing industry.

The call for papers is due to be released within the next month and will reveal in detail the topics we expect to cover in the forthcoming conference. So, among the host of core areas you’d expect a leading power conference to tackle, you can anticipate lots more on the integration of variable output renewables and associated sectors, such as storage, forecasting, demand side management, transmission and distribution network operations and appropriate market mechanisms.

I’ll keep you updated as our content develops, but in the meantime, mark your diary for the event, taking place at Koelnmesse on 3-5 June, 2014 in Cologne, Germany.