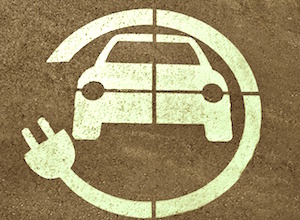 BP Plc agreed to invest $20 million in a developer of ultra-fast charging for batteries, a technology the oil major believes is key for accelerating the adoption of electric vehicles.

The lithium ion technology developed by StoreDot has the potential to recharge a car battery as quickly as refilling a gas tank, according to a joint statement released on Tuesday. The Israel-based firm’s “flash batteries” will be deployed in mobile devices as early as next year and BP’s investment will help bring them to vehicles.

London-based BP’s collaboration with StoreDot is just the latest example of major oil producers backing technology that could help drive the mass adoption of electric vehicles. The investments serve a dual purpose — potentially providing a shield against criticism about their contribution to climate change, while also offering a commercial foothold in a technology that could account for half of all new car sales by 2040 and wipe out 6.4 million barrels a day of oil demand.

“Ultra-fast charging is at the heart of BP’s electrification strategy,” Tufan Erginbilgic, chief executive officer of the company’s downstream division, said in the statement. “We are committed to be the fuel provider of choice — no matter what car our customers drive.”

BP currently has more than 70 charge points on its retail sites globally. In January it invested $5 million in FreeWire Technologies, which makes mobile rapid charging systems for electric vehicles. Earlier this month, it signed a memorandum of understanding with China’s NIO Capital to explore opportunities in advanced mobility.