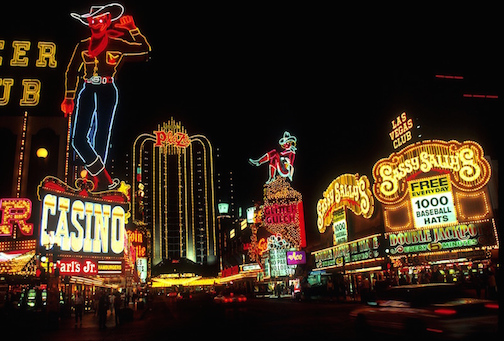 Energy developers on public lands pay rents to the the Bureau of Land Management (BLM). For solar, the 2015 per acre rates range from $16.50 to $6,897.20, and these rates go up every year. A solar project with energy storage can be equally expensive, especially when royalty-like fees are added to the bill. But the nationwide rent for oil and gas leases has been set at only $1.50 per acre per year since 1920.

The irony of the richest industry in the world getting such a sweetheart deal is not lost on Dick Bouts, energy program analyst at BLM.

“It’s almost embarrassing what we charge,” Bouts conceded in a conversation with Renewable Energy World. “It’s certainly pocket change for these companies that will spend millions of dollars developing a lease to get it in production, and the rent is almost nothing.”

What’s worse; the oil and gas resource can only be extracted from the land one time and it’s gone.

By contrast, any one acre of solar resource on BLM land will never be used up. The land that gathers solar energy could supply the Treasury for centuries.

The oil and gas lease rates were set in law by congress in the 1920s under the Mineral Leasing Act and remain essentially the same today. It was initially $1, then after a token gesture of congressional objection in the 1980s, it was amended to $1.50 per acre annually for the first five years, and $2 an acre after that.

To raise rates for fossil extraction to be comparable with solar or wind rates would take another act of congress.

Legislation has been offered several times in the last fifteen years, but failed. So unlike with solar and wind, BLM cannot raise the oil and gas rate.

“Even if we were to try to do a rule making and try to raise the rate for oil and gas, BLM would get beat up so bad by the industry and by certain members of Congress,” he said. “That would not be a good thing.”

Congress granted BLM the right to set rates for new energy resources after a period of public comment in which renewable advocates and developers had their say. These much higher rents rise every year, and are based on population and GDP, to encourage renewable development on land with no economic value.

For example, it is much more expensive to develop on land Zoned 12 in Riverside County in Los Angeles – one reason that solar out in the desert produces electricity for so much less, as low as the 3-cents per kWh PPA that FirstSolar has just signed with NV Energy.

In addition to land rent, all energy sources pay a fee. For oil and gas, the fee is 12.5 percent of the value of the oil and gas produced.

Solar pays a per-MW fee, and the more capacity a solar project has; the more it pays for every MW installed. Solar with storage has a higher capacity factor (operates more hours per year than daytime-only solar PV) so the highest amount is paid by concentrated solar power (CSP) with storage.

Since adding storage adds capacity factor and since storage is the future of renewables, it is easy to imagine what the rates will be once solar PV is backed by batteries or CSP fully exploits its storage in this country.

BLM said that in order to allow for a reasonable and diligent testing and operational period, BLM will provide for a five-year phased-in implementation of the MW capacity fee after the start of generation operations (at the rates of 20 percent the first year, 40 percent the second year, 60 percent the third year, 80 percent the fourth year, and 100 percent the fifth and subsequent years of operations).

An example in Nevada

Two developers with CSP storage in the U.S. – Abengoa and SolarReserve – have much more storage under development in Chile, up to 17.5 hours. SolarReserve’s Crescent Dunes tower project in Nevada, the largest tower CSP to include storage in the world, has been operating since early this year. It has 10 hours of storage for night solar delivery to Las Vegas.

BLM rents are based on a federal mandate to collect a fair return for the public. All rents, royalties and solar capacity fees go into the Treasury.

SolarReserve CEO Kevin Smith was quite surprised to learn that oil and gas rents are so low at $1.50, and that the 12.5 percent royalty is virtually the only return taxpayers get.

“Wow, nice deal for oil and gas,” he said. “So we, the citizens only get 12.5 cents per dollar on the value they extract?”

Land rented for solar could be filling the U.S. treasury for centuries after the oil and gas is gone, because subsequent solar farms could replace current ones.

“Oil and gas companies actually extract something from the ground; oil and gas, that theoretically is owned by the public,” Smith said. “Not only are they using the land, but raiding it of something of value that was previously owned by us. But we are only ‘parking’ on land that likely has other little value; we aren’t extracting the value.”

Taxpayers pay for environmental work for oil and gas

In addition to land rents and capacity fees, environmental permitting is another part of the cost of developing energy. Wind and solar developers routinely pay for the extensive documentation required to get their environmental permits. Permitting a utility scale solar project in California, for example, can cost in excess of $5 million.

Yet here too, the fossil energy industry has had a sweet deal from the start. Traditionally, the BLM paid their way.

Recently however, this practice has begun to wear a bit thin. The GOP congress has cut agency budgets, and with fewer staff, BLM has begun to balk. More frequently, an impatient oil or gas developer might pay for its own environmental review, just as solar and wind developers routinely do, just to get it moving.

“So now the oil and gas guys might pay for the [National Environmental Policy Act review], and we’ll go to a third-party contractor to write the environmental analysis,” he explained. “Just in order to get us to complete the process.”

A possible way to a fairer deal for taxpayers?

As well as per-acre land rents, BLM charges a linear rent for rights-of-way when pipelines, ditches, produced water canals and all other energy pipelines (to deliver oil and gas) or transmission (to deliver solar and wind) cross BLM lands.

That charge is the only one that the BLM has been able to revise to an approximately equal cost for both temporary energies, such as oil and gas, and permanent energies, such as solar and wind; perhaps because the right-of-way till now has been neither a significant cost nor greatly lower.

“In 2008, a pipeline right-of-way was $17.23 per acre and an electrical line is $15.05 an acre,” Jeannie Catellan, Land Law Examiner in Wyoming’s BLM office, said. “So energy stuff was always only a little cheaper. But since 2009 now there is no differentiation; it is the same rate for pipelines as for transmission. The big difference is by county. One county now charges $45.90 per acre linear right-of-way, and in another zone just within our office it’s only $8.04 per linear acre.”

So at least linear pipeline land for oil and gas yields a rate about the same as transmission line land for solar and wind.

Yet congress continues to allow oil and gas to pay a 1920s era rent;

“There is no free ride for solar or wind,” Bouts said. “You often will hear people say that somehow they get a free ride. Well it is actually the opposite.”

Given that solar, especially CSP, competes with gas for utility contracts, you have to wonder how much gas would sell for if gas paid solar rates for land.

In the face of congressional inaction on this $1.50 rate, BLM appears to be doing what little they can to shift costs from taxpayers to the fossil energy industry, by at least nudging them to cover their own environmental research cost.

In 2016, instead of raising the per-acre solar land rent again based on the same annual increases; BLM plans a change, according to Virginia Hoffman, Budget Analyst at the Idaho BLM.

Next year, the linear right-of-way rate will simply be doubled to become the new per-acre rate for solar.

The full schedule is not published yet, so it’s too early to see how the change would affect utility-scale solar nationwide, but Hoffman looked up Zone 3, Nevada and said doubling the linear rate would come to about the same ($60.90) as the current per acre rate ($68.98) next year for Crescent Dunes, as one example.

Since the linear right-of-way rate is now the same for both pipelines and transmission; could BLM’s doubling of the linear rate and calling it the land rate for solar next year be a Trojan horse towards ending the $1.50 land rate for fossil energy?

If shared right-of-way rates could be converted into land rates for solar – could they next undergo a similar conversion to become new land rate for oil and gas as well?

I’m no legal expert, but I wonder if that might not turn out to be a way to bypass a captured congress that can not stand up to the fossil industry? After all, BLM’s mandate is to provide a fair return to the public from public lands.