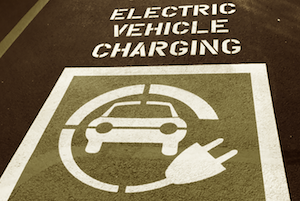 Electrify America has picked two companies to manage the design, permitting and construction of an electric vehicle (EV) fast charging network across the U.S.

Black & Veatch and SAI Group won contracts to deploy a total of about 2,000 DC fast chargers as part of Electrify America’s plan to build infrastructure in locations that offer everyday charging convenience.

Volkswagen launched Electrify America under an agreement with the U.S. Environmental Protection Agency and the California Air Resources Board following “dieselgate” in 2015. The chargers are part of Electrify America’s first $500 million, Cycle 1 investment in EV charging infrastructure, education and access in the U.S. Four investment cycles are planned over the next decade.

Electrify America said that fast chargers will be installed or under development at 484 sites by June 2019.