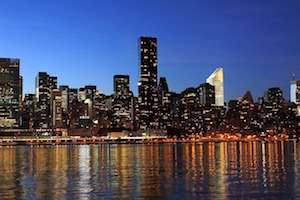 How do we compensate those who add clean electricity to our shared power grid? This fundamental question has affected the rate at which the U.S. has adopted, deployed, and put into use clean, distributed energy resources such as energy efficiency, batteries, electric vehicles, and rooftop and community solar.

At the core of our new distributed energy electricity system are resources that work better during specific times and weather conditions, and thereby have more value at some moments than others. So, it’s crucial to take time and location into account to properly identify the value of these clean energy resources and how they should be fairly compensated. Solving for price can spur much needed investment in renewable resources and lower the cost of clean energy development, while reducing emissions.

The New York Public Service Commission (PSC) recently brought us a step closer to figuring how to fairly compensate distributed energy by issuing a long-awaited order to establish an interim pricing structure that encourages the evolution of distributed energy markets and better aligns with Reforming the Energy Vision (REV), the state’s initiative to build a cleaner, more efficient, and customer-centric electric system.

Here’s what the order requires New York to do:

This interim compensation approach moves New York closer to a marketplace in which customers, utilities, and energy developers are rewarded for investments decisions based on the “full” value their resources provide to the electric system.

However, more work is needed to establish better value systems for all the benefits distributed energy resources provide and to develop a more complete and accurate value-based compensation mechanism.

REV envisions an electricity market in which distributed energy resources are treated in much the same manner as traditional generators. To that end, New York’s wholesale market operator, NYISO, has already been working to integrate distributed energy resources into its scheme. By opening the wholesale electricity market to distributed resources, New York can unlock additional value streams and allow them to compete fairly with traditional generators. Increased competition in the market can lower energy costs for everybody.

Environmental Defense Fund looks forward to continue working with the PSC, utilities, and other parties to further refine clean energy valuation and develop a long-term solution that provides a healthy market for distributed energy resources.