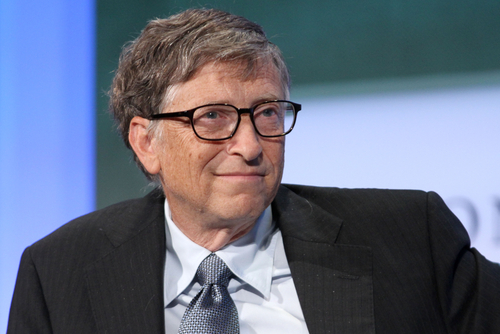 Bill Gates, the world’s richest man, and fellow philanthropists have revealed details of a fund for clean energy technology to be used in countries that have committed public money to double research and development.

In making investments, the coalition will “take the risks that allow the early stage energy companies” to bring their ideas from the laboratory to the marketplace, according to an e-mailed statement from the White House on Sunday.

The investors will collaborate with 19 countries, from the U.S. to India, Saudi Arabia, China and Chile, which together make up 80 percent of global clean-energy research and development. In the public component of the plan, known as “Mission Innovation,” each nation has vowed to double their budget for the sector over the next five years.

The twin initiatives will be formally announced on Monday, the opening day of United Nations talks on climate change in Paris scheduled to run through Dec. 11. More than 140 world leaders, including U.S. President Barack Obama and Xi Jinping of China, will attend the talks.

“In the past, too often energy technologies have not crossed the investment ‘valley of death’ where there was little funding to develop ideas because the risk profile and long return time horizons,” according to the White House statement. “These additional resources will dramatically expand the new technologies that will define a future global power mix that is clean, affordable and reliable.”

The UN climate talks are aimed at producing an agreement that, for the first time, would bind all nations, rich and poor, to cutting pollution from burning fuels such as coal, oil and gas that’s blamed for a rise in global temperatures.

“We are going to need to do more to mobilize financial support” for low carbon development, White House climate adviser Brian Deese told reporters in a briefing on Sunday. “This initiative should give momentum to that effort.”

Convincing developing nations of the merits of phasing out fossil fuels remains a sticking point in the negotiations after years of preparation. And in the U.S., meanwhile, Republicans in Congress have vowed to fight a deal that Senate Majority Leader Mitch McConnell, who represents coal-mining state Kentucky, called a “house of cards” that will punish low-income Americans.

Under the new funding plan, the U.S. commitment to clean energy technology would double to about $10 billion a year. U.S. Energy Secretary Ernest Moniz told reporters the administration will seek congressional support for the extra $5 billion.

“We know we’re going to have to drive down the costs of technology deployment and maybe even create some new technologies,” said Jake Schmidt, international program director at New York-based environmental group Natural Resources Defense Council, who has been briefed on the partnership.

“The idea is to show that these countries and these entrepreneurs are going to step up their effort to help speed up the kinds of emissions cuts we’re going to need,” Schmidt said by phone on Sunday.

Breakthroughs in solar technology and battery storage will be critical if developing countries are going to meet their energy needs while weaning off fossil fuels, said Jennifer Morgan, climate-director at the World Resources Institute, a Washington advocacy group.

“It’s going to give the Paris negotiations a boost right from the beginning,” she said. “If we don’t get the technology right and moving fast enough in the right places, we won’t get there.”

Gates, who has an estimated net worth of $84.6 billion, said in a July blog post that he would devote $1 billion of his own money to clean-energy research over the next five years and called on governments to boost their spending as well. “It is hard to overstate the impact that clean, affordable energy will have,” Gates wrote in a paper marking the kickoff of the investment plan.

The Breakthrough Energy Coalition will, over the next year, develop ways “to analyze potential investments coming out of the research pipeline, create investment vehicles to facilitate those investments and expand the community of investors who join us in this endeavor,” according to a statement e-mailed by the alliance on Sunday.

“We don’t know what our energy mix will look like years from now, but we have to start inventing it today,” said Marc Benioff, founder of Salesforce.com Inc., another coalition member.