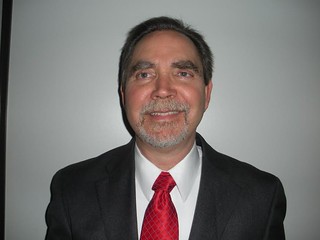 Recently, we had a chance to chat with Bill Torre of the University of California San Diego’s Center for Energy Research at Greentech Media’s Grid Edge Live conference in San Diego. Torre is an expert in energy storage, microgrid operations, and automated demand response, among other things.  In this interview, we wanted to focus on microgrids’ advantages and disadvantages, the potential obstacles to large-scale microgrid development, and the potential for increased renewable penetration with the spread of microgrids. Finally, we were curious about the “Solar Happy Hour” concept Torre mentioned in his talk at Grid Edge Live.

Tigercomm Executive Vice President Mark Sokolove: In your view, what have been the advantages and disadvantages, if any, stemming from the development of a microgrid system at the University of California at San Diego?  Are there any key “lessons  learned” from the UCSD experience that others should know about?

Bill Torre: Sure, we’ve learned a lot. When you develop something like the microgrids that we’ve developed over time, you’re bound to make a few mistakes along the way and learn from them.  So, certainly we’ve learned a lot.  I think a lot of the software technology for control of microgrid is an area that’s still growing. The integration of software platforms like data acquisition, monitoring, the system control and data where you get into real-time control, are often different software platforms. And so, integrating them all together and making them seamless is a real challenge, and it’s something that we’re still working on at UCSD.

I think the data acquisition side of it for us has worked really well, but I think that’s because we have a lot of data acquisition infrastructure. We’ve got fiber optics throughout the campus,  high-speed communications, we’ve got thousands and thousands of sensors, and the software platform that we chose to use for data acquisition and display and analytics has been a very good program. And on the other side of things we’re using other, different software platforms for things like building monitoring, temperature monitoring and control, and it doesn’t interface that well with the other system so that’s an area that we’re still working on improving.

Sokolove: Do you believe that microgrids, like the one at UCSD, create new opportunities for scalable, clean energy infrastructure across the country?  What particular clean energy sources do you see as fitting best into the microgrid paradigm?

Torre: Well, we have a fairly large microgrid, 42 MW, so we have a lot of load to work with.  Because we have a lot of load and we have a very large central plant, 30-MW central plant, we have a lot of flexibility in how we can operate the grid. If you had a smaller microgrid you’d have less flexibility,  and so I think your portfolio changes. When you have a larger system, you can absorb  more renewables into your mix that are variable and you can adjust your other generation that you have control over to compensate for the variability. But if you have a smaller microgrid, that’s say highly dependent on renewables, then you’re probably going to need more energy storage to help keep the system stable.  Smaller load generally can’t absorb as much renewable generation. The only way you can mitigate that is perhaps with either demand response or energy storage.

Sokolove: To pick up on the energy storage, I know that during your presentation, you talked about how this is kind of a question mark generally speaking, how much energy storage will play a role in microgrids or just looking at bigger grid systems.

Torre: In California here, we have fairly high penetration of renewables and we’re expected to grow pretty rapidly, we’re almost doubling the amount of renewables every two years here in California. So it’s a very rapid growth, pretty steep growth, and I think energy storage is going to play a big role in that. Of course we have a  mandate of 1.3 GW.

Sokolove: Do you think in other places they’ll need similar mandates in order to drive the market for storage?

Torre: They might. I know that California is one of the first to implement incentives for solar, for example, and then almost all the other states followed with incentives, And then later on the federal government added incentives for solar. And as a result it’s driven the price of solar way down. Just because it created such a large demand, so the whole industry has kind of benefited from that. I think the same kind of thing is probably going to happen with energy storage.

Sokolove: What are the main barriers to penetration of microgrids, including possible resistance by utilities who might see them as a threat to their business model?

Torre: I think it’s a combination of things.  I think some areas, like on the East Coast due to Superstorm Sandy, it’s reliability driving development of microgrids. I think in some areas due to  renewable generation, distributed generation microgrids offer a way to maybe optimize usage of renewables more efficiently. So I think it’s a combination of those two things, really. And then also… all the military bases for example are going to a microgrid concept pretty much, and it’s driven by two things. One is security – military bases want to improve the security of bases so if something happens to the larger grid, these military bases [still have power]. So, security is paramount to military bases. The other is energy efficiency and saving costs; one of largest costs in the government is providing energy to military bases. So any time they can cut their energy bill they can use that money for something else. 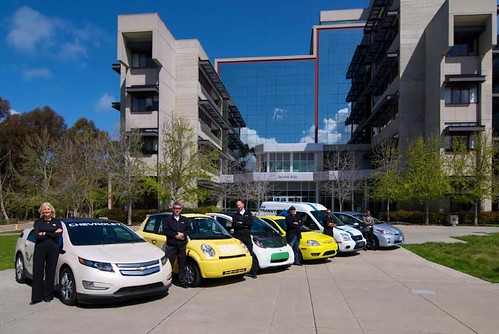 Sokolove: During your presentation you talked about solar happy hour, can you talk about that?

Torre: We have a lot of solar on campus. And a lot of our students and faculty are green minded. We have an on-campus mandate to reduce greenhouse gases.  And when you have an excess of a certain type of generation, especially renewable that you don’t have control over, you want to use it as much as possible rather than waste it. And so…we have the smart charging project for electric vehicles, and the price is variable depending on demand. It kind of follows the market, what the actual market is doing.  So it gives people price signals to consume the energy when it’s cheap and available, excess supply.  When supply is short and demand is high and costs go up, then there’s incentive to not demand so much.

So the idea of solar happy hour is, hey, we have a very sophisticated solar forecasting capability at UCSD, we provide solar forecasting for the Cal ISO (Independent System Operator), we provide solar forecasting for private companies, PPAs. And there are some scientists who have developed some really good solar forecasting routines. And we can have it on campus. We can say, OK, in the next 2 hours we’re going to have an excess amount of solar, the price is down…that will show up on your  smart phone app. We have a smart phone app for smart charging, so the customer can see, hey, the price is going down. In fact, he can program his car, his smart car, we have a program with Daimler smart car that interfaces with the RWE smart charging, and they can program it so that the price gets down below a certain point, start charging, you know. Buy it when it’s cheap – happy hour, solar happy hour….the app is EKilowatthour.