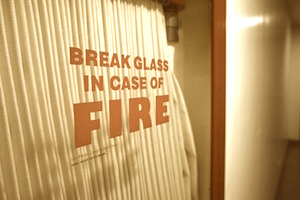 The new era of big batteries has already drawn scrutiny after fiery electric-car crashes across America and Europe. Now, U.S. city planners are worried about the same risk of hard-to-control blazes as these power-storage units make their way into basements and onto rooftops.

“You can have these things go on fire, and then hours or days later, they can reignite,” presenting a new challenge for first responders, said Paul Rogers, who led New York City’s effort to establish battery safety standards until he retired as a lieutenant with the fire department earlier this year. Firefighters — “if they act inappropriately — they could get killed,” he said.

Improvements in energy storage are revolutionizing how and when electricity is used. Batteries now fuel everything from handheld devices such as smartphones to the electric cars proliferating around the world. In the latest trend, racks of batteries stacked up to the size of studio apartments are being installed in urban spaces like office buildings and shopping malls. The units allow buyers to tap into lower cost and renewable energy and supply backup power during widespread outages.

But the same chemistry that makes lithium-ion batteries so effective also poses a hazard. While fires are rare, an overheating unit can ignite. And while water can put out a battery blaze, it takes a lot more of it than usual. A few high-profile fires involving everything from mobile phones and laptops to electric cars and even jumbo jets has some city officials calling for more caution and clearer standards before storage units end up in buildings.

An effort by New York to review the safety of these battery systems has already limited their deployment, according to the research group Electric Power Research Institute. At this point, not a single lithium-ion battery system has been installed inside a building there, though there have been four approved for outdoor spaces, New York utility Consolidated Edison Inc. said.

The way Rogers puts it: “A lot of code officials, they don’t know what to do with” the lithium-ion batteries.

Lithium-ion batteries have gotten a lot cheaper — dropping almost 80 percent since 2010 — as demand increased for electric cars. That’s increased the appeal for utilities to integrate batteries that can store the intermittent energy produced by wind and solar farms. Commercial building owners can deploy batteries to buy energy when it’s cheap, and then use it to power air conditioners and lights during hot summer days when electricity prices surge.

California, New York and Massachusetts have set targets to increase the amount of storage on their grids, and New York City wants to have 100 megawatt-hours deployed by 2020 — enough to power anywhere from 25,000 to 80,000 homes for an hour, based on wide-ranging estimates of residential electricity use.

As rare as battery fires are, periodic blazes in e-cigarettes, laptops and even battery packs on one of the most sophisticated jetliners in the world, the Boeing Co. 787, have led to government restrictions and frightening headlines. In 2012, an energy storage system made up of lead-acid batteries caught fire next to a wind farm in Hawaii.

The U.S. National Transportation Safety Board has opened investigations into two recent fires involving Tesla Inc. cars, along with an earlier blaze last year. And the agency charged with setting vehicle safety standards, the National Highway Traffic Safety Administration, said it was gathering information on a recent episode in Fort Lauderdale, Florida. Swiss police are examining a fatal Tesla crash last week that triggered a fire.

Incidents like these have some government officials urging more research into the risks of having even bigger batteries in buildings. A unit can be as small as a school locker and as big as a standard 8-foot-by-20-foot shipping container (roughly 2-meters-by-6-meters).

In San Francisco, the fire department says lithium-ion batteries in buildings with capacities larger than 20 kilowatt-hours must comply with city and California fire codes for stationary battery systems. Rules include placing the batteries in separate rooms with automatic sprinklers, ventilation and smoke detection systems.

New York has been more cautious in greenlighting installations, partly because America’s largest city is so densely urban. The fire department said it has taken time to develop its own guidelines to allow for researchers to conduct tests that would help determine the appropriate safety measures.

“A lot of municipalities are waiting to hear what New York is doing,” Rogers said.

“What we are trying to do is bring this to scale,” said Tria Case, director of sustainability at the City University of New York who is responsible for facilitating the development of the energy-storage guidelines. “There is a need to develop standards so each project doesn’t have to be on a case-by-case analysis.”

New York City should have a guide for installing indoor storage systems in buildings by year’s end, Case said. That should help reduce deployment times and cut down on costs for systems.

“We’re excited about the role battery storage can play, both in small scale and large scale, but we have to balance that with the safety concerns with first responders,” said Susanne DesRoches, deputy director for energy & infrastructure for the New York City mayor’s office.

So far, the effort to develop consistent regulations hasn’t created any bottlenecks in installations, according to Kelly Speakes-Backman, chief executive officer of the Energy Storage Association, a Washington-based industry group that has been working with the city.

“Of course, safety is our first concern,” Speakes-Backman said during an interview at an industry conference in Boston last month. “We are participating in the working groups to help make sure these standards are safe and reasonable.”