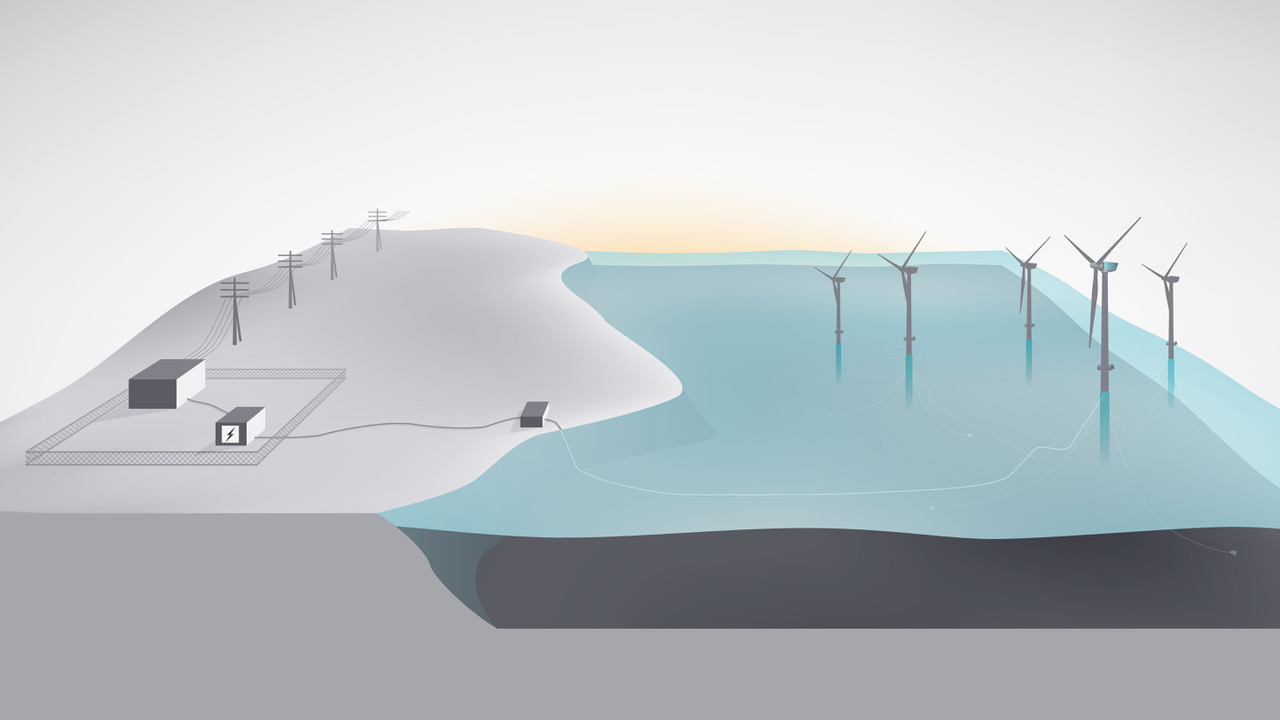 In November, Statoil announced that it had fully commissioned Hywind Scotland, the world’s first floating wind farm. The company said that it planned to add battery storage to the project in the coming year. Today, Younicos announced that it will be working with Statoil on the 1-MW/1.3-MWh battery that will be connected to the wind farm. According to Younicos, the purpose of the project is to “teach” the battery when to hold back and store electricity, and when send power to the grid, thus increasing value of the power.

The “Batwind” project will consist of two Y.Cubes, 10-foot modular battery containers, which will be placed at the Hywind Scotland onshore substation in Peterhead, Scotland. The system from Younicos is one of the several components Statoil is using to understand how a battery can help increase the value of the produced electricity and how a battery can work together with the wind farm and the grid. The project is expected to be operational by June 2018 and will most likely be the first battery storage system connected to a floating wind farm once it is online.

“As part of Statoil‘s strategy of gradually supplementing our oil and gas portfolio with profitable renewable energy, getting to understand energy storage is important, said head of Hywind Development in Statoil, Sebastian Bringsværd in a press release. “We believe battery storage will be key to future power systems, and with more renewables coming on it will be crucial to handle storage to ensure stability and reliability in the energy supply,” he added.

Bringsværd explained that the intelligent Y.Q software from Younicos will act like a brain on top of the battery and ensure that it “behaves the way we want it to behave,” he said.

“We want the battery to automatically know when to hold back and store electricity, and when to send it out to the grid. Battery energy storage systems have existed in the market for several years and it is rapidly developing. However, there is limited knowledge of how to make a battery act based on dynamic information, in order to maximize value of renewable energy,”che added.

Based on the results of the project, Statoil and Masdar will figure out the next steps in further developing the solution. Hywind Scotland is operated by Statoil on behalf of partner Masdar, where Statoil is a 75 percent owner and Masdar holds the remaining 25 percent.