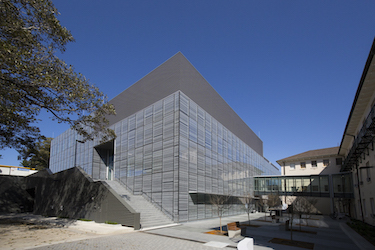 Professor Thomas Maschmeyer is the Director of the Australian Institute for Nanoscale Science and Technology (AINST) and an experimental chemist. He is working to integrate new battery and solar cell technologies into the walls and roofs of new houses, and to transform the at times somewhat “black art” of catalysis — the process that cracks crude oil into useful fuels, oils and chemicals at every refinery, and that will be central to efficient biofuel production. He has already helped to create over 200 new jobs with four spin-out companies.

“Developing better batteries and catalysts has been challenging,” he said. “We understood the reactions that were taking place. But we couldn’t see exactly where they were happening on the surface of the materials involved. You would develop a new catalyst, use it for an hour, find it was ruined, and have to go back to the drawing board. We were guessing at what was happening to the active surfaces over time.”

“Now we can use a suite of instruments, including various high resolution microscopes and spectroscopic mapping tools to look at dynamic changes on the nanoscale, to see what’s happened (or even what is happening in real time), and then develop more stable chemical structures for batteries and catalysts, which in their design incorporate strategies to deal with and exploit their changing nature.”

He believes that the new AINST facilities at the state-of-the-art Sydney Nanoscience Hub, which opened in April 2016 will double or triple the effectiveness of his team. “We have a fantastic team of researchers who’ve published a truckload of high-impact papers over the years. But how do you harness all that intellect to create real batteries, catalysts and jobs? This is how… this Institute brings together the engineering, science, instrumentation, facilities, people and connections to industry needed to put our researchers ahead of the pack.”

Lithium batteries have transformed power storage — from smartphones to electric cars and submarines. But like every battery their chemical composition changes through every charge cycle. Lithium ions sitting in layers of graphite move between electrodes and change the oxidation state of, e.g. magnesium oxide. The chemical rearrangements cause the graphite and oxide layers to physically expand and contract by up to 15 percent at every cycle, cracking and detaching from the electrodes.

Maschmeyer has eliminated the stack of cards. Instead, his design has a wobbly carbon electrode, with a gel touching it. The design is self-healing.

He has used this idea to create zinc-bromine batteries that transport ions embedded in a gel. These batteries are stable and flexible and use nano-engineered gel structures and surfaces on the electrodes. The gel also acts as fire retardant. His spin-out company Gelion Technologies is currently working with Lend Lease on solutions for how this battery technology could be built into the walls and roofs of new buildings.

“You won’t need a battery in the garage. Instead it will be in the walls and roof — perhaps as roof tiles, or solar shingles, with a solar panel on one side and a battery on the other, and all clipping together. City office buildings will become huge batteries capturing off-peak energy and stabilizing the power grid.”

“Zinc and bromine are abundant and inexpensive commodities. Our battery designs are a platform technology that will enable commercially viable, grid-supporting storage solutions; as well as inexpensive, flexible, fast and safe new batteries, sufficiently compact to be also usable in domestic solar systems and electric vehicles.” 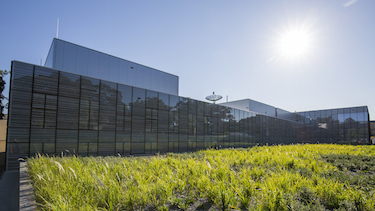 Image: The green roof above the transmission electron microscope (TEM) suite, which is one of the most electromagnetically and mechanically stable environments in the world. Credit: University of Sydney.

Maschmeyer’s Sydney colleagues are also looking at new lithium-based technologies — trying to improve the density and mobility of the lithium ions, which would increase capacity and make charging faster.

Nano-engineered materials are also key to the solar cell side — the Institute is working on solar cells based on perovskite minerals. Although they have reached 20 percent efficiency, the cells are still unstable. Maschmeyer said they can solve that problem.

Not only are nano-engineering concepts changing battery design, they are also transforming industrial catalysts.

Catalysts for Biofuels and Other Unconventional Fuels

Every oil refinery depends on catalysts. Made of materials such as zeolites and platinum they reduce the activation point of reactions, making it easier to turn crude oil into useful fuels, oils, and chemicals. 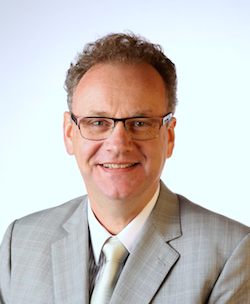 But the development of more efficient catalysts that stay the course of time has been hit or miss because the action is taking place at dynamically changing nano-sized surfaces. The Hub’s electron microscopes can help visualize exactly what is happening and aid Maschmeyer and his colleagues in turning the “black art of catalyst design” into a “predictive art,” based on high level science.

Maschmeyer has the industry contacts to bring his work to life. While at Delft University in Holland he consulted to Shell, DSM and other global businesses. In Australia he has created a group of three companies based on his ideas for catalysts.

Ignite Energy Resources is an Australian company with a patented “catalytic hydrothermal reactor” technology, that uses water at near-supercritical temperatures together with nanostructured catalysts to upgrade lignite into synthetic crude oil and micronized refined carbon (MRC). This technology would reduce CO2 emissions associated with brown coal power by more than 50 percent, making it comparable to natural gas.

Licella using a related but distinctive approach has been set up to upgrade waste biomass (non-edible) into biocrude to produce renewable fuels and chemicals.

A 10,000 ton per year pilot plant for both companies is already in operation in Somersby, NSW and discussions regarding full-scale (200,000 – 350,000 ton per year) systems are well advanced with partners in North America and Scandinavia.

“It’s taken us nine years to develop this system. I believe that with AINST we could have knocked four years off the development time.”