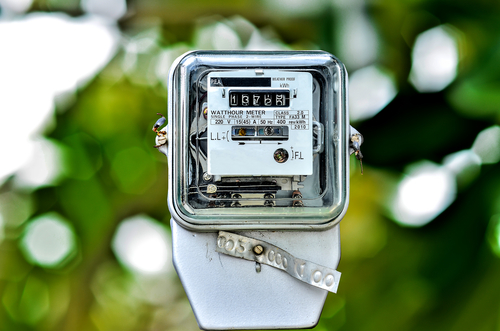 Batteries that allow large users to lower their reliance on the most expensive electricity threaten to cripple sales for U.S. independent power producers and utilities, posing credit challenges, according to Moody’s Investors Service.

Lithium-ion batteries sold by companies including Tesla Motors Inc. are on a path to becoming economically competitive for some applications in three to five years if prices continue to fall, Moody’s analysts led by Swami Venkataraman wrote in a report published Thursday.

The technology offers the potential to curb commercial demand for electricity during high-use periods and will help integrate large wind and solar plants with the power grid, the authors said. That may drive down revenue from selling power at independent power producers and utilities including Calpine Corp., NRG Energy Inc. and Dynegy Inc.

“It is likely to result in lower capacity prices and lower energy prices,” the authors wrote. “More widespread use of batteries will be credit negative” for power companies.

Businesses in states like New York that pay fixed fees based on their peak power use stand to benefit from battery storage, Moody’s said. They will be able to charge batteries at night when electricity is cheapest and tap into that power when prices rise.

Shares of power producers dropped a fifth consecutive trading day on Sept. 24. The Bloomberg Intelligence North America Independent Power Producers Valuation Peers Index fell as much as 4 percent in intraday trading and is down about 15 percent for the week.

Meanwhile, batteries are poised to take off in the power sector. Installations in 2019 may reach 858 MW, up 13-fold from 2014, according to GTM Research.

That’s driven in part by falling prices for batteries, down more than 50 percent since 2010, according to the Moody’s report.

For independent power producers, wider use of battery storage may lead to lower payments to keep capacity available for periods when demand climbs, as well as lower prices as businesses use less, according to the report.

“We’re probably eight years to 10 years away from that stuff actually happening,” Jay Rhame, who helps manage $2.6 billion including utility funds at Reaves Asset Management in Jersey City, N.J., said in an interview. “In 10 years, it will make a lot of sense for commercial and industrial customers.”

For regulated utilities, batteries can reduce monthly bills for commercial and industrial customers, forcing utilities to raise prices for other customers to make up the difference, Moody’s said. That’s an issue that state regulators will eventually have to address.

“A lot of commercial and industrial customers, they pay very high demand charges for their peak load,” Venkataraman said in a phone interview. “They can put in a battery, charge it at night and use that to serve a part of their load during the day. The peak load will be cut.”

Markets poised to take advantage of batteries include New York City and other locations in the U.S. Northeast, California and Hawaii, Venkataraman said. Pairing batteries with home solar installations likely won’t be economically competitive to grid power for at least a decade, he said.

“The credit impact won’t be immediate,” Venkataraman said. “Battery penetration will have to be material for it to have an impact.”