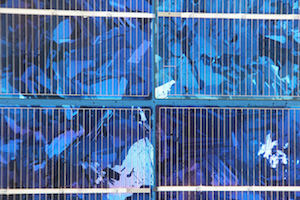 The Australian Renewable Energy Agency (ARENA) this week said it has committed $4.1 million in funding for Sydney-based company Ecoult to commercialize its battery technology.

ARENA CEO Ivor Frischknecht said providing support for battery storage technologies, such as Ecoult’s UltraBattery, is at the core of ensuring a smooth transition to a renewable energy future.

“ARENA is working hard to accelerate the energy storage revolution as part of its efforts to bring down costs and increase the reliability and security of renewable energy,” Frischknecht said in a Feb. 14 statement. “Storage is critical for increasing the reliability of our on-grid and off-grid power systems. It can give customers more control over their energy by storing solar through the day to use during the evening peak.

This latest funding, he added, supports a $10.6-million effort by Ecoult to pursue large-scale commercialization.

“It will enhance the battery’s performance and improve its ability to support both grid and off-grid applications,” he said.

In 2013, ARENA provided Ecoult $583,780 for the early development of its technology, including optimizing it for off-grid applications. This led to the creation of the small, kilowatt-scale battery storage device known as the UltraFlex.

According to ARENA, Ecoult has signed a deal with Exide Industries, India’s largest battery manufacturer, which will see the UltraBattery manufactured and distributed in India and South Asia.